How to prevent formation of brittle layers when increasing surface hardness.

Plasma/ion nitriding is a process that can be easily applied to various high-alloy steels. Some of these steels — for example M-2, S-7, D-2, 43z40 steels — nitride very well. However, applications for making various tools require the layer is hard but does not endanger their fracture-toughness properties and, therefore, must not be brittle. Although gas nitriding in this situation might also be used, control of this process would have to be at an extreme low level of the nitriding potential, which is very difficult in practice. A much easier solution is to use plasma/ion nitriding, which is, by its very nature, a low-nitriding potential process [1-7]. Plasma allows for easy control of the layer structure, which must have a very limited thickness or must be without compound zone (CZ-white layer) of nitrides.

Also, parts that require optimal bending fatigue properties, such as high-performance crankshafts, might gain significant improvement of their performance and longevity when a layer with a very thin CZ is formed.

In addition to the above-mentioned benefits, another benefit of using plasma nitriding is the ability to easily mask off specific surfaces from the treatment such as threads, which must stay soft.

The plasma nitriding process uses electrical-glow discharge in a mixture of nitrogen and hydrogen with an occasional addition of hydrocarbons if nitrocarburizing is needed. The glow discharge surrounds the treated parts and uniform treatment is performed as in Figure 1.

The cathode is bombarded by high-energy ions of nitrogen, hydrogen, and their radicals leading to chemisorption of nitrogen at the surface and its diffusion into the metal and formation of the nitrided layer [1]. The process can be controlled/monitored by conventional means: temperature, gas composition, pressure, duty cycle, etc., as well as visual observations of the near cathode regions to see uniformity of the glow discharge. See Figure 2.

The phenomena at the cathodic surface are quite complex as can be presented in visual form/model shown in Figure 3.

The presence of sputtering at the cathode/load surface as well as low partial pressure of nitrogen result in a formation of a very thin compound zone of iron nitrides, allowing us to define the plasma/ion nitriding as a low-nitriding potential process [1]. Figure 4 illustrates practical findings of the compound zone formation in two different steels when using this process.

As can be seen from the diagram, a typical gas mixture of 30% nitrogen+70% hydrogen is used and is easily controlled in the plasma-nitriding process. The process has produced a compound zone of less than 13 µm thick. At the same time, gas nitriding of similar steel carried out at very low KN values, 0.5 and 1.42 atm-1/2, produced much thicker compound zones.

A significant total case depth is needed in applications when a high bending fatigue strength is required. This can be seen in Figure 5. 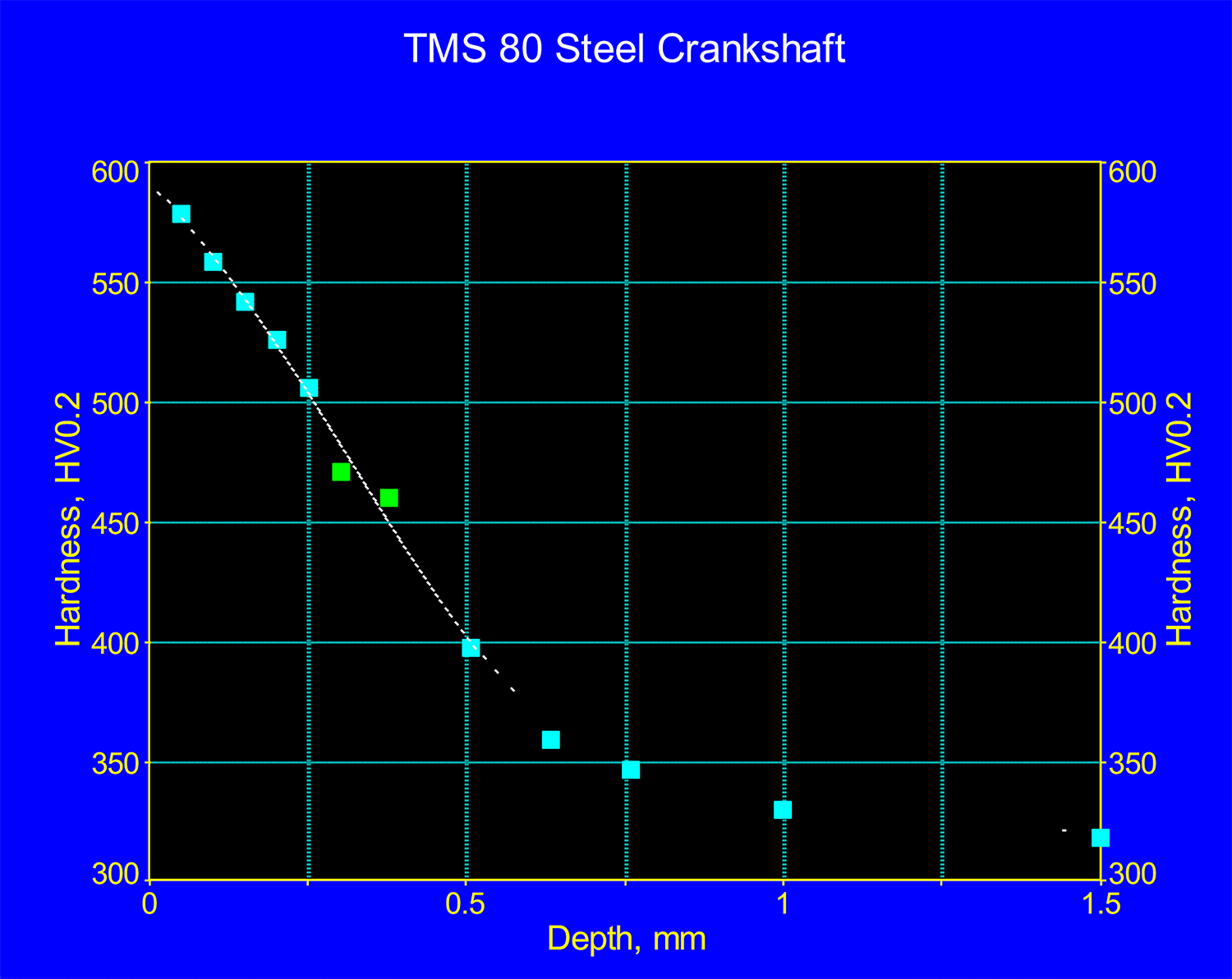 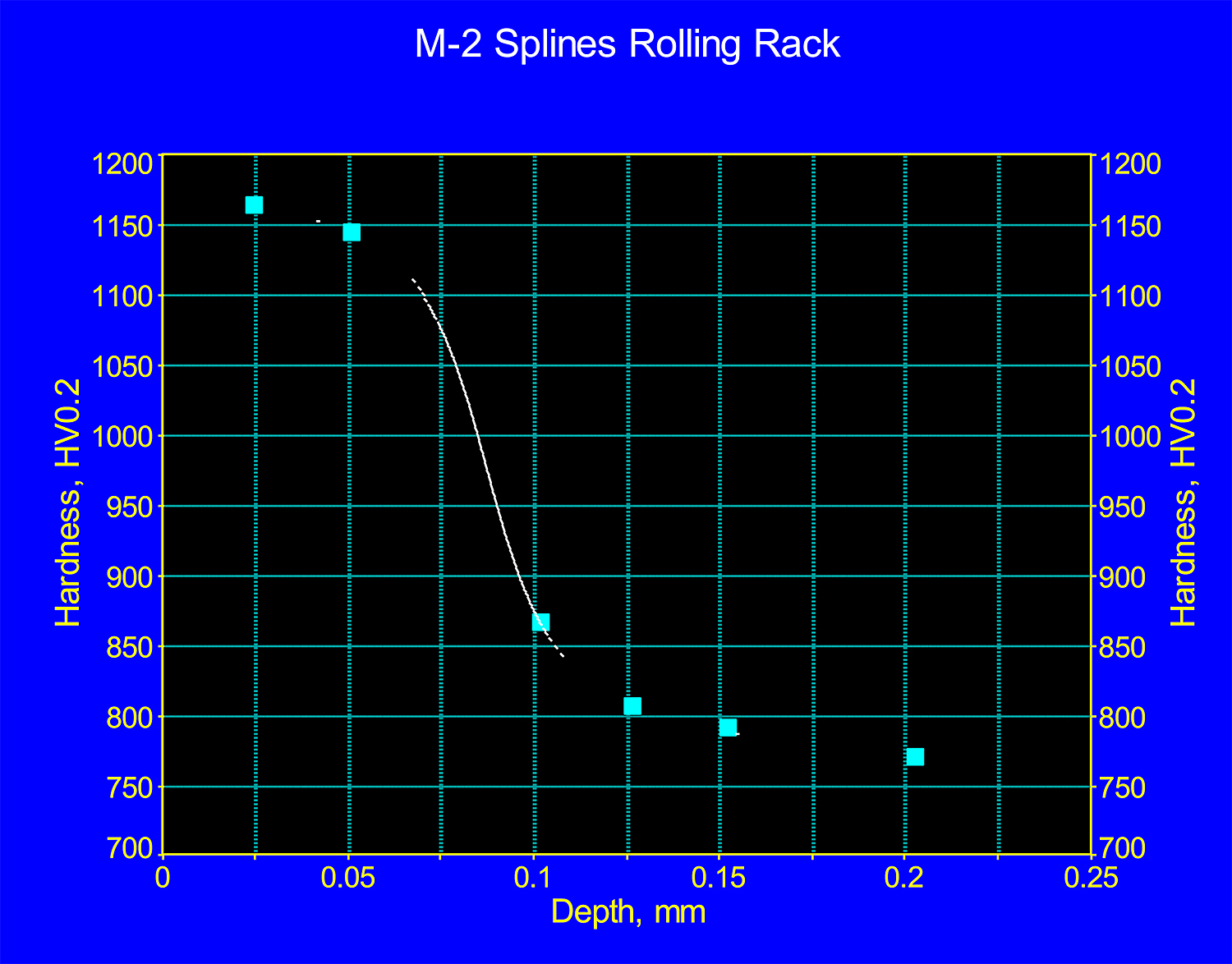 It should be noted that some of the nitrided tools, such as rolling racks made of M-2 steel, must not have a compound zone at all. This can be seen in Figure 8.

It is well-known from tribological research that nitrided layers used for aircraft bearings subjected to friction and rolling contact fatigue (RCF), typically made of M-50 and M50NiL steels, must have nitrided layers without compound zones and without an intergranular network of nitrides [5, 6].  Layers with this type of structure can only be formed using low-nitriding potential processes such as plasma nitriding and/or a very sophisticated low KN gas nitriding.

It should be noted that applications of plasma nitriding are not limited to the low KN nitriding-type process. This method allows for nitriding austenitic stainless-steel parts, especially those made of sinter metal/powder metallurgy materials where activation of the surface is very important and penetration of the porosities, which can happen when gas nitriding is used, is not allowed [7]. See Figure 9.

Nitrided layers with a moderate compound zone thickness are very good for enhancing tribological properties of gears when they are made of low alloy-type steels [8, 9]. Their tribological performance is excellent and may outperform carburized gears [6]. In the past, nitrided gears had to be grinded to remove the excessive compound zone. At the moment, application of the processes with the low-nitriding potential such as plasma nitriding or controlled gas nitriding allows for producing layers with proper CZ thickness. Those layers have very good frictional and RCF properties. Failure of the mechanical parts, as gears subjected to rotation and friction, can occur by different mechanism, and the most common is wear by friction. If the surface hardness is insufficient to resist friction, galling or seizure may result. Therefore, reducing wear by friction is critical in preventing the other failures. Surface hardness of nitrided or carburized components is significantly increased compared to the treated steel, and the residual compressive stress is generated through the entire thickness of such a layer. Those properties are desired in many applications.  It is important to compare tribological behavior of the same low-carbon steel after two different thermochemical processes — nitriding and carburizing. See Figure 10. The samples from both treatments exhibited a linear wear rate at 50-200 MPa unit load, and the wear was similar after nitriding and carburizing, and it had a linear character. However, the wear intensity (µm/min) measure under the same unit load was about 50 percent smaller after nitriding. At 600 MPa, samples after both treatments went into seizure. 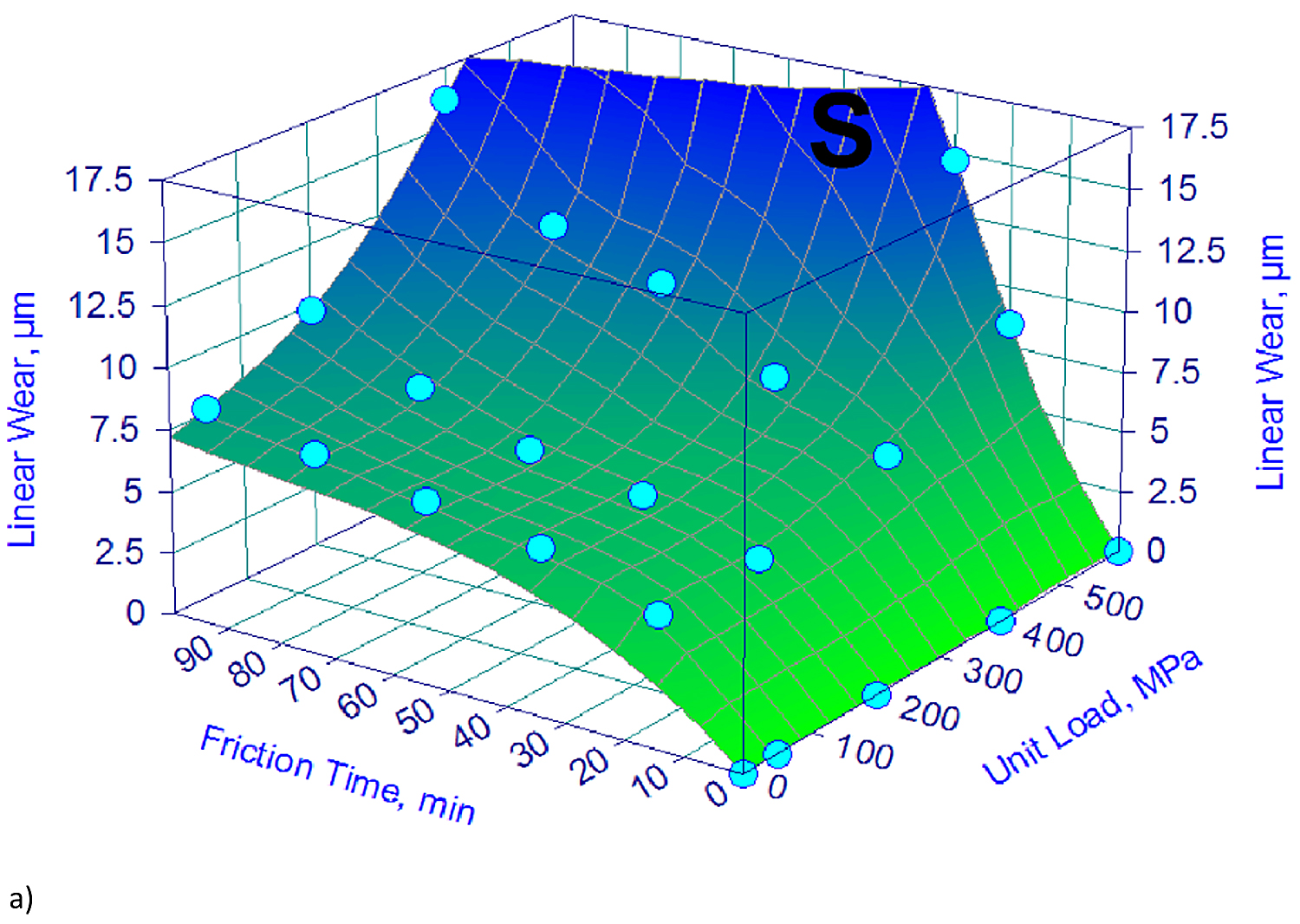 It also should be noted here that plasma nitriding is beneficial in many of the gears’ nitriding applications because of not only its low-nitriding potential but also the ability to mechanically mask the surfaces, which have to be protected from hardening, see Figure 11.