Cryogenics or sub-zero treatment is the third parameter required to achieve
maximum hardness in ferrous alloys.

The Hot Seat column “Carbon, essential element or too much of a good thing” in this issue of Thermal Processing discusses the affect carbon has on iron and iron alloys when hardening, annealing, or normalizing it. And the two primary guides we use to predict the outcome of the hardening process are TTT and CCT diagrams.

Hardening steel to achieve the maximum martensite transformation from austenite requires a cooling speed fast enough to miss the pearlite nose of the CCT diagram, the first parameter and pass through the martensite (Ms) temperature; the second and the third is reaching the martensite finish point (Mf). The Ms and Mf points are determined by the quantity of carbon in solid solution in austenite and the alloying elements also in solution.

Elements such as moly, silicon, nickel, manganese, and chromium depresses the Ms and moves the CCT diagram to the right, allowing for a slower cooling speed and still miss the pearlite nose. These elements, in allowing for a slower cooling rate, provide the mechanism for hardening larger cross sections. Carbon, however, is the major contributor for lowering the Ms point. When the carbon content of the material is low, the Ms temperature increases. In carburizing grade steels, the base carbon is relatively low, so the core of a component such as gear teeth will not achieve the same hardness as the carburized case in order to provide some toughness and ductility to absorb the strain without cracking the gear tooth. If the case depth is too deep relative to the tooth cross section, the gear teeth can fracture under loading. 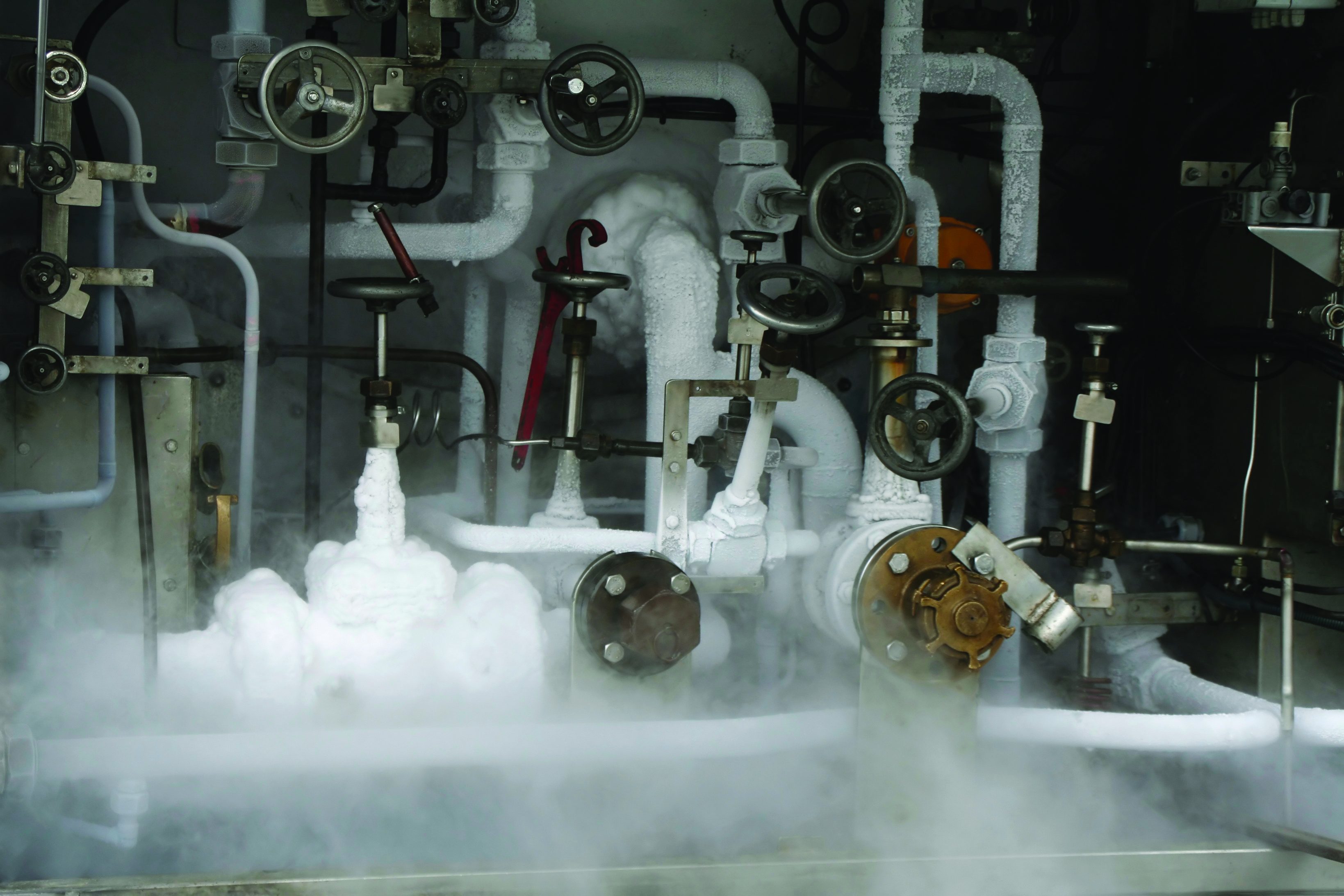 When carburizing increases the case carbon, the Ms and Mf temperatures will be reduced compared to the lower carbon in the part’s core. If oil quenching into 150° F (66° C), which is typical to reduce distortion, the part’s core closest to the case will likely have reached its Mf point and transformed to martensite before the higher carbon case, which has a lower Mf point. This condition is a major cause of distortion as martensite produces a larger volume lattice than ferrite or austenite, creating a tensile stress in the carburized case until it transforms to martensite. In the above example, RA will exist since the higher carbon case at 150° F (66° C) likely will not have reached the Mf point.

When the above situation occurs, three solutions are used to produce an acceptable microstructure:

9310 (Figure 1) is a classic aerospace steel where the carburized case in addition to 3.00 to 3.50 percent nickel and 1.00 to 1.40 percent chromium plus other elements depresses the Mf near or below ambient; however, Figure 1 represents the core material, not the carburized case.

Generally, two sub-zero temperatures are used to convert RA to martensite: dry ice, with a temperature of -109° F (-78° C) and liquid nitrogen, -321° F (-196° C). Carburizing grade steels such as 8620 are typically held in a horizontal chest or chamber with dry ice for approximately one hour or until the material has cooled sufficiently; no soak duration is required as martensite transforms instantaneously. For higher alloys such as 9310, liquid nitrogen is normally used to be on the safe side.

Dry ice, where suitable, will be the preferred method simply because it’s much less expensive than liquid nitrogen. All that’s needed is an insulated horizontal enclosure with the bottom lined with dry ice where a tray can be lowered and the lid closed. Using liquid nitrogen, on the other hand, is much more complex consisting of an insulated enclosure horizontal or vertical; however, the liquid can be contained in a finned tube heat exchanger system much like an ordinary air conditioner minus the compressor. Some manufacturers for rapid cooling offer a liquid nitrogen spray directly onto the parts. In addition to the enclosure, a liquid nitrogen storage vessel and evaporator is required, and the necessary pressure relief and valves for flow and temperature control.

Liquid nitrogen sub-zero enclosures as indicated can be horizontal or vertical similar to the typical household freezer, but the vertical systems are preferred for ease of material handling when integrated into a batch furnace heat-treat cell. But the similarity ends there because, due to excessive frost forming on the steel components when exposed to the humidity of room air, nitrogen gas is used as a purge prior to lowering the temperature in the enclosure. Also, to avoid rust if the parts are removed cold, the chamber is allowed to warm up to near ambient before removing the parts. Some manufactures offer a combination liquid nitrogen/temper unit where the parts can be heated after sub-zero treatment and temper the newly formed martensite.

Liquid nitrogen storage systems come in two forms: a large insulated tank outside the plant, (Figure 2), consisting of several thousands of pounds of liquid or smaller single 1,000-pound hand truck units that can be in the plant (Figure 3). In both cases, liquid and gas are produced. For small applications, a 45-gallon Dewar is available and produces 4,200 cubic feet of nitrogen gas. These systems produce gas from liquid by directing the liquid through a vaporizer that surrounds the tank’s circumferential internal space. The large outside tanks use a separate stand-alone vaporizer system capable of producing several hundred cubic feet per hour.

Even after sub-zero treatment, alloys such as 9310 typically require two 350° F (176° C) tempers to ensure all of the brittle martensite has been treated.

Sub-zero treatments provide a critical function in the hardening process by ensuring that the maximum amount of retained austenite has been transformed to martensite. However, there are instances where a predetermined percentage of retained austenite can be beneficial. In selected pinion/ring gear applications, the contact point pressure can be mitigated by retained austenite under very high compressive forces. The mechanism of how compressive forces convert austenite to martensite without the characteristic brittleness is not completely understood, but the very thin soft austenite layer provides a “worked in” surface that improves the overall pinon-to-ring gear wear properties.