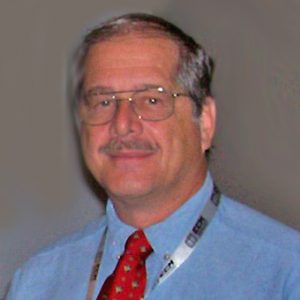 How did CTP begin?

CTP was started by an early NASCAR racer, named Jim Birks, after he accidentally cryogenically treated an engine. He built his own engines, and he bought an engine block from a junkyard that had been cycled through the northern Illinois winters many times. That gave it a cold cycle — it really wasn’t a cryogenic cycle — and he tempered it when the barn it was in accidentally burned down around it. Jim noticed that engine lasted longer than any of his other engines. He talked to a metallurgist, and the metallurgist told him to read some research on true cryogenics. Jim did, and he started the company.

How did you get involved?

I was working in the field of wear resistance, and one of my fellow engineers came by my cubicle and said he had a buddy who had this cryogenic process. We had tried cryogenic processing and found it didn’t work. But as a courtesy, I agreed to talk to him, but guaranteed nothing. He brought Jim Birks in, and Jim started to make a heck of a lot of sense. He told me why the cryo process I tried didn’t work. I was supposedly working with the experts. Basically these supposed experts took the test die, and they dumped it in liquid nitrogen. It didn’t give a very good increase in life, so I thought it didn’t work. What I found out from Jim was that you have to reduce the temperature slowly. And with the case of most metals, you do have to temper afterwards. We gave him some dies to do, and we got about three times the life. You just don’t dip it. It’s like heat-treating; it has to be done right. I was so impressed with the results, I bought half the company.

What are some of the services you offer?

Our main service is deep cryogenic treatment (DCT). We can go down to -450 degrees Fahrenheit. But, generally speaking, we go down to -300. The -450 has added advantages, but it’s extremely expensive to do. We also work with our clients to help them better their products they’re working on. We’ve found a lot of people don’t have metallurgists on staff. And if you cryogenically treat a piece of junk, it remains a piece of junk. So if we go in there and say we’re working with a die and the grinding is not being done in the best way, we advise them to straighten that out, and then we cryogenically treat it. That makes both them and us successful.

Grinding is the worst way of removing metal that you can imagine, because if you take too much off, you heat the surface area tremendously. Grinding heat will either temper the surface back, or austenitize the surface and give it a drastic quench with the grinding fluid. Some metals don’t like being quenched with water. They crack. If you eliminate those cracks, you can get two to three times the life by grinding correctly. We help our customers with subjects like that. And then we apply cryogenics and get a good result.

How has CTP led the way using cryogenics in the heat-treating industry?

We started a subcommittee in ASM. That subcommittee took Controlled Thermal’s database of research papers to the Cryogenic Society of America.  They created a database available to anyone on the web. The CSA has been increasing the articles in that database ever since. Every article is peer reviewed by a committee.

We’re trying to make the process more scientific. We’ve done a lot of research with Illinois Institute of Technology, U.S. Army Aviation and Missile Command, various arsenals, Los Alamos National Laboratory, and various other colleges and universities. Our participation is to advise people doing the research and how DCT should be done. They do the research to prove whether DCT works. So far, it always has. We’ve also done a lot of articles on the process using our experience with our customers.

We do a lot of carbide cutting tools and getting three to four times the life on those. For gear makers, we do the hobs, and they love it, because hobs are expensive. We do a lot of broaches, copper-welding tips for spot welding. They last three times as long, and there’s research on that.

How are you advancing that technology?

We are working with a lot of different companies on their parts to increase the wear resistance or the functionality of the part. We are engaging with a lot of universities. If they want to try this and see why it works, we will help them. We are currently working with a metropolitan transit authority on different parts of their train engines, and seeing if we can cut the maintenance costs. Maintenance in a train is one of the biggest costs for a railroad.  A side benefit of reducing wear is we think we can help them keep their underground stations cleaner. Much of the dirt in underground stations is iron oxide coming from the wear of the brakes and wheels. So if you can cut that wear in half, then the station remains cleaner.  So basically what we do is work with a company or governmental agency and try to get them to use the process or at least try it in ways it has not been used before.

Where do you see the future of cryogenics?

It’s going to go in several directions. In the heat-treating process, it’s going to be the finish of heat-treating. Right now, heat-treating is finished by tempering, but it will be finished in the future by cryo-treatment with a temper. And we know that because in India, that is becoming the norm.

Another big use will be on automotive brakes. The USPS is currently using it after they tested it and got five times the brake rotor life. Police units and freight fleets can cut costs substantially.

The other place it’s going to go is treating aluminum, titanium, magnesium, and other metals. We’ve had great success with treating 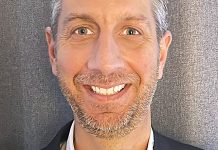 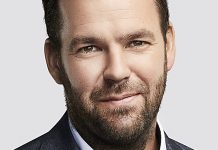 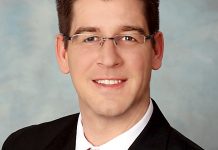