Gears, shafts, and other parts for heavy machinery experience wear, fatigue, corrosion, and other service-related issues during their lifetimes. To meet both customer product performance requirements and service life expectations, the surface of these parts needs to be manufactured with a high surface hardness and a soft, ductile core to avoid brittle fracture. These products must also be able to withstand the high Hertzian stresses present along the active flank and the significant bending moments within the root. These challenges can be met with a cost-effective surface-hardening solution such as gas carburizing.

Gas carburizing involves heating a carbon steel to austenitizing temperature in the presence of a carbon-rich atmosphere. It is common to use a carrier gas, such as endothermic (“Endo”) gas along with hydrocarbon enrichment (natural gas or propane). Carbon atoms from the atmosphere diffuse into the surface of the part and create a hard case at a desired case depth along with a soft core. A proper case depth and case microstructure produce the necessary wear resistance and surface hardness needed without adversely affecting the core properties. Too much carbon within the case, however, can lead to microstructures with large or continuous carbide networks (aka carbide necklaces) leading to premature fracture in the field.

Manufacturing companies, such as Oerlikon Fairfield, use this technology. Oerlikon Fairfield does it within a large heat treat shop incorporating numerous batch and continuous furnaces running endothermic gas and operating 24/7. 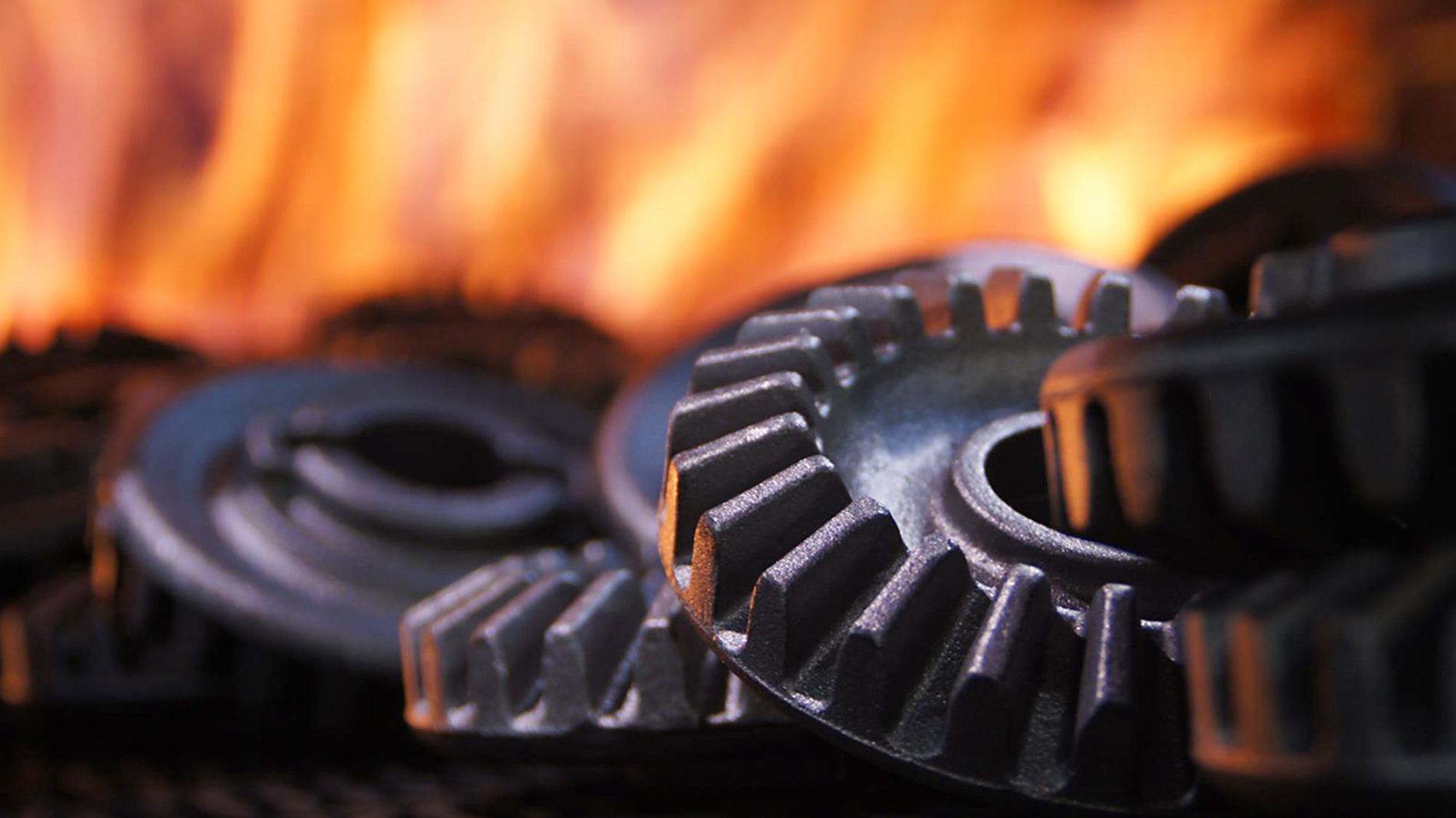 The metallurgy team at Oerlikon Fairfield decided to investigate a new process technology being offered by Heavy Carbon Co., LLC (Pittsford, Michigan) known as the Endocarb system, which claims to dramatically reduce cycle time without sacrificing product quality. This is accomplished by alternately increasing and decreasing the carbon potential within the furnace, producing parts more quickly [1] and resulting in less soot than a typical conventional gas carburizing setup. The Endocarb system differs from a conventional gas carburizing system in two important ways:

So, the question remains: How can such a high carbon potential be used with no negative effects? The Endocarb system acts to create and control the furnace atmosphere. Being attached to the top of the furnace allows for direct control of the gas flow in and out of the system, allowing the ability to change carbon potential quickly. Like a traditional “endo” gas generator, a nickel catalyst is used to “crack” natural gas (or another suitable hydrocarbon such as propane) in the presence of air. The Endocarb system creates atmosphere through the use of a constant flow of air and adjusting the flow of hydrocarbon gas. With this, high carbon potential levels can be achieved. The atmosphere created is injected directly into the furnace without any cooling or additional piping. This “rich” gas is ideal for efficient carburizing. A traditional endo generator must cool down the gas to eliminate the potential for soot formation (i.e., the carbon reversal reaction). This is eliminated with the Endocarb system.

The Endocarb system is designed to both produce a protective atmosphere and an atmosphere having a high carbon potential for carburizing [1]. When lower carbon levels are needed, the amount of gas to the Endocarb system is reduced. Since the air flow remains constant, this creates a “lean” gas. As this leaner gas enters, it “cleans” the furnace by reacting with any soot present. This mixture also serves to rejuvenate the atmosphere accelerating carbon absorption at the high carbon potential.

While a conventional carburization furnace maintains a constant carbon potential during the “boost” and “diffuse” phases, the Endocarb system allows for the use of “carbon cycling” (i.e., the process starts at a much higher potential, then is rapidly lowered well below the initial setpoint). The carbon potential at 925ºC can reach almost 1.5 percent before the Endocarb system determines that the gas is “over saturated.” Once this determination is made, the amount of endo gas being supplied by the generator is greatly reduced, and the carbon potential lowers to about 0.8 percent. The carbon potential is then boosted back up to 1.5 percent. This cycling continues throughout the run, allowing for the desired case depth to be achieved more quickly. The constant carbon cycling also produces a uniform case depth.

With a lower cycle time, similar processing temperature, and improved level of furnace cleanliness, the Endocarb system would have a relatively quick payback [2] compared to conventional carburization. This is due to “carbon-cycling” that allows for the case depth to be achieved more quickly. A typical Heavy Carbon cycle can be seen versus a conventional gas carburizing cycle in Figure 2. To test the claim that the Endocarb system produces the same quality of parts with better efficiencies at a lower cycle time, a trial plan was devised by Oerlikon Fairfield to test whether there was a significant difference in part quality between the two gas carburization methods.

In order to determine potential cost savings with equal or better quality, Oerlikon Fairfield decided to conduct an investigation to determine whether the time savings claimed could be achieved without sacrificing metallurgical quality or performance characteristics of parts. For testing purposes, the austenitizing and carburizing temperatures were held constant for both trials. The parts were furnace-cooled after carburizing from both processes, then reheated and quenched in the same furnace to eliminate any difference related to the quenching process. Figure 3.

Carbon content was analyzed for each of the samples sent to a commercial heat treater whose furnace was equipped with an EndoCarb unit installed on it, namely Euclid Heat Treating (Euclid, Ohio) [3] as well as those run at Oerlikon Fairfield. For clarification, the cycle ran at Oerlikon Fairfield will be referred to as “Conventional” and the cycle ran at Euclid Heat Treating will be referred to as “Heavy Carbon.” The carbon content at various depths was taken as a percentage and charts of identical samples sent to each testing facility were compared. One such comparison of results is reported in Figure 4.

Effective case depth measured to 50 HRC (ECD @ 50 HRC) results as well as surface hardness measurements of the parts created by both carburization techniques were compared (Table 1 and Table 2, respectively). These show the measured ECD difference and percent difference between the two comparable samples. Parts from both techniques were tested by Oerlikon Fairfield and Euclid Heat Treating respectively, and independently by The HERRING GROUP, Inc. (Elmhurst, Illinois).

Figure 4 illustrates there is no significant difference in carbon weight percentage at varying depths on comparable samples. This suggests there is no compositional carbon difference in the products produced by both the conventional and Endocarb carburization methods.

The indication is there are few differences between all four measurements conducted for each tooth of the bull gear. The main experimental difference, defined here as more than 10 percent or 3 HRC difference, comes from the ECD measurement of bull gear B. However, the third-party ECD measurements were very similar for this tooth in both instances. Overall, there is only a slight difference between measurements, indicating that, again, there is only a slight variance of the essential characteristics within the parts produced by the two carburization techniques.

Although the balance of all measurements (not reported here) supported this conclusion, microstructural analysis was conducted to characterize the microstructure (Figures 5–7) before and after etching [4]. The microstructure is consistent between samples (the color difference in Figure 7 is due to an etching effect and differences in lighting). These microstructures confirm there is virtually no difference between the parts produced via both systems.

The Endocarb system was determined to have achieved the same results as found with conventional endothermic gas carburizing for the parts in this study. The principal conclusions reached were:

Given that the Endocarb system appears to produce parts of identical quality in less time at lower cost, the heat-treatment department will operate more efficiently, shorten product lead times, and still meet or exceed customer expectation.

Oerlikon Fairfield has been a technology leader and product innovator in gear and drive design for nearly 100 years. Its people, knowledge, and resources help to provide unique solutions for a wide range of customer application needs.

Oerlikon Fairfield has extensive in-house heat-treat capability and the conventional gas carburizing method has been used for years to successfully enhance quality drive solutions; but the company is always looking for a more efficient methods for surface hardening of steel. 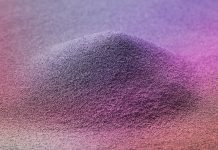 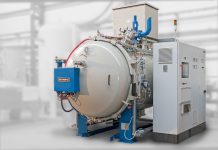 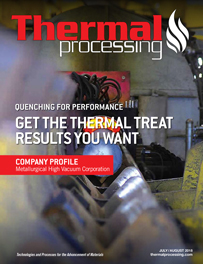