With the advent of AM, it is important that materials are equivalent to conventional methods of production as the final product still needs to be compatible with a heat-transfer fluid in plants where they are used as a heat-transfer medium. This article discusses recent research relating to low-temperature nitriding in an attempt to achieve even better surface properties for AM stainless steel.

Many industrial processes require a stable heat source to generate end-products. Heat transfer fluids (HTFs) are commonly used in such processes as heat carriers and a number of options are available to producers, such as steam and mineral-based fluids like Globaltherm M. Historically, steam had been used as a HTF in the 1900s as the primary means of keeping materials viscous enough — like petroleum residues and waxes — so they would flow, and this permitted them to be used in petroleum and chemical processing industries. The need for higher temperatures saw the introduction of mineral fluids as they could be used up to 316°C (600°F) [1]. However, the upper temperature is only one characteristic of a fluid, and the lower temperature and ability to control the fluid at a temperature across its operating range also need to be considered [1]. As an example, Globaltherm M has an operating temperature from minus-10°C (14°F) to 320°C (608°F), and so it has a wider temperature range than steam and pumpability at below zero temperatures (to a minimum value of minus-10°C [14°F]), which can be beneficial and advantageous in certain industrial processes. 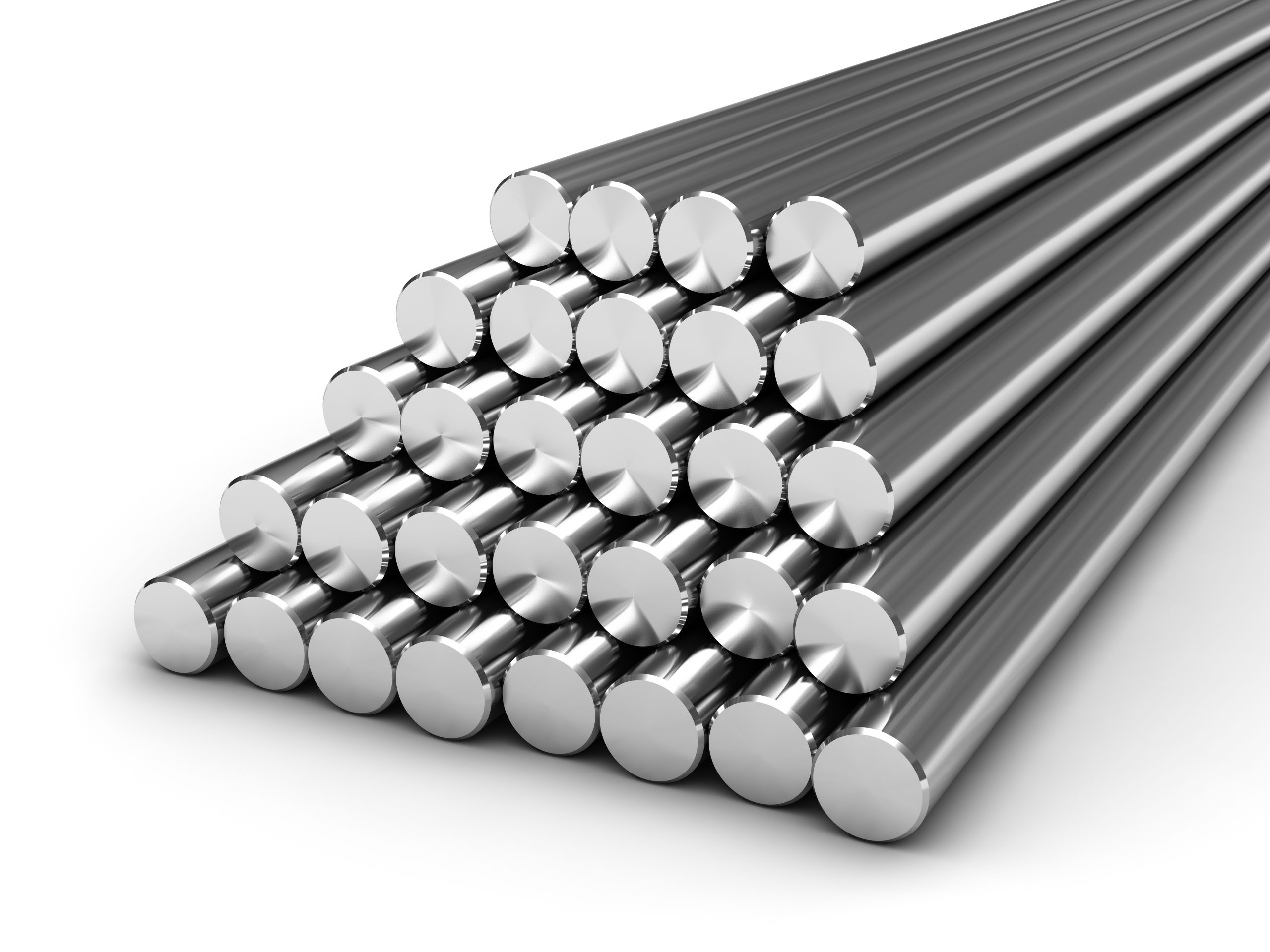 Another important aspect when using a heat-transfer fluid is its compatibility with the system it will be used in. Indeed, like an HTF, the construction materials used in a system need to be stable under high and low temperatures and be resistant to corrosion. They also need to demonstrate these properties when filled with an HTF. Most fluids will be non-corrosive to the common metals and alloy used in a system. Austenitic stainless steels are commonly used in industry because of their resistance to wear and corrosion. With the advent of additive manufacturing (AM), it is important that materials are equivalent to conventional methods of production as the final AM stainless steel product will still need to be compatible with an HTF in plants where they are used as a heat-transfer medium.

There are 57 separate and distinct commercial compositions designated by American Iron and Steel Institute as standard types [2] and are austenitic stainless steels, those that contain chromium-nickel-manganese and chromium-nickel compositions, e.g. 304, 304L (denoting a low carbon version), 309S, 310S (denoting silicon version, 316, 316, 316L, 317, 317L), and are commonly used in chemical, food, medical, and other industries for a wider variety of reasons (See Figure 1) including the fact that they are known for their resistance to corrosion. The relatively poor mechanical properties and wear resistance of these steels restrict their widespread usage, so they are especially interesting from a surface-hardening perspective.

There is a range of austenitic stainless steels that are considered general-purpose stainless steels. However, there are numerous variants within this group with clear benefits to industrial applications. For example, AISI 316L, produced using conventional manufacturing techniques such as casting, has a high molybdenum content and provides improved resistance, compared with other stainless steels such as AISI 304, to chemical agents that cause pitting corrosion (i.e. chlorides, photographic solutions, sulfite liquors, and hypochlorites) [2]. Shell-and-tube heat exchangers have long been constructed from stainless steel. In certain types of shell-and-tubing heat exchangers, AISI 316L is used. This has the advantage of a reduced-carbon content vs. AISI 304, and so minimizes carbide precipitation in the weld zone [2]. In addition to these benefits, there are some downsides, such as its relatively high machining costs, time consuming fabrication, and usage in complex structures that makes it an interesting target for additive manufacturing.

The AM technique effectively involves layer-by-layer formation using powder or wire as a feedstock and a laser or electron beam to create heat [3]. Much of the research to date has focused on the positive effects of heat-treatment on the wear and corrosion resistance of AM manufactured 316L with the intention of improving material properties to values equivalent to conventionally fabricated AISI 316L.

One of the key challenges to the AM technique is that it leads to residual stresses that decrease the mechanical properties of the stainless steel. These also have a knock-on effect as they affect the dimension of the stainless steel. However, this needs to be weighed against the potential for lower cost manufacturing and improved manufacturing flexibility (from both location and finished product).

This is a post-manufacturing technique and one approach to hardening the surface of stainless steel, and so it is potentially of interest to AM stainless steels. Nitriding is used to harden a surface and does so by forming two layers on the surface of the steel: the compound layer and the diffusion zone. The outer compound layer is composed of iron nitrides ε and/or γ′ and is formed at the steel surface. The deep and thicker diffusion zone extends into the ferrite matrix where nitrogen is dissolved interstitially and this layer dictates the strength of the hardened surface. Recent research has focused on the post-treating AM 316L using low-temperature nitriding in an attempt to achieve even better surface properties for the treated surface.

Recently, Godec and colleagues [4] conducted a comparative study to assess the effect of nitriding on the hardness, wear, and corrosion resistance of AISI 316L and AM 316L.

The nitride layer on the top of the material consists of the S phase and was estimated to be between 13 and 16 µm thick. The Vickers microhardness test revealed that the nitride layer of the AM 316L +nitriding (N) was harder than AISI 316L (1454 vs. 1194 at time zero, respectively) (See Figure 2). It also shows a clear reduction at the border and below the border of the nitride layer. At deeper levels (i.e., 50 to 250 µm in Figure 2), the hardness of the bulk material can be determined and reveals the bulk hardness of AM 316L is higher (i.e. 260 HV0.01 at a depth of 100 µm [the estimated depth of the diffusion layer]) than AISI 316L (200 HV0.01 at the same depth).

The test used was a sliding-wear test using a dry-sliding ball-on-flat-surface configuration. The ball measures 32 mm in diameter and is made from 100Cr6 steel. It tests adhesive and abrasive wear from measurements of wear volume and calculations of the steady-state coefficient of friction. Figure 3 shows the overall wear resistance was worse for AM 316L than AISI 316L with higher wear volume and friction. It is also clear that nitriding improves the wear resistance by decreasing friction and largely reducing the volume of lost during testing. After nitriding, the wear benefits improved, but treatment still favored AISI 316L. From these tests, the authors mentioned that, “The differences in the wear volumes of all the nitrided samples show that the nitride layer on the AM sample is slightly less wear resistant, most probably due to the high density of dislocations remaining after the nitriding.”

Corrosion testing was calculated using potentiodynamic measurements. Comparison of the materials showed that the corrosion rate was lower for AM 316L than AISI 316L (Table 1) and that after nitriding there was a slight increase in rate for AM 316L and a marked reduction in AISI 316L, which the authors explain is due to the improved barrier properties afforded by the nitriding process.

The main finding of relevance to the heat-transfer sector relates to the hardness, wear, and corrosion of the AM (+N) material vs. the commercially available AISI 316L materials. The AM (±N) material had better hardness than AISI 316L; it had similar frictional wear properties and slightly (in the case of AM + N) worse wear volume performance; and, better corrosion resistance (i.e. AM ± N) than its commercial counterpart. These findings are particularly relevant to the HTF sector from a compatibility perspective and also in terms of offering equivalent material performance. Such findings are important as one of the main factors driving HTF system fatigue and aging is the degradation of the HTF. Indeed, use at high temperature leads to the natural thermal degradation of the fluid, and this can be detected by the formation of short- and long-chain hydrocarbons. In some systems, exposure to air may also accelerate the aging of the HTF, and this is detected as an increase in the acidity of the fluid and corrosion of the system. A further factor that can have an influence is the formation of wear particles that can accumulate in the HTF and lead to internal wear of the pipework and heat in the HTF system. Hence, based on AM 316L, providing equivalent performance to AISI 316L is an important consideration for future research in the HTF area and for potential commercial usage.