When a manufacturer of fasteners and fastening system components needed a more reliable process control system, it turned to Conrad Kacsik for an upgrade that would work with its older hardware.

Nelson Fastener Systems makes fasteners and fastening system components for some of the world’s most demanding customers. The company requires precise temperature control throughout the manufacturing process, and it needs to be able to verify and document all of its work.

Nelson had a programmable logic controller (PLC) on one of its lines that was so antiquated that it had a note on it saying, “Do not turn off.”  That’s because there was no tech support or parts available to service it. When a power outage rendered it inoperable, the need to upgrade became urgent.

Nelson turned to Conrad Kacsik for a cost-effective upgrade that would work with its older furnaces, saving the company time and costly hardware expenses. 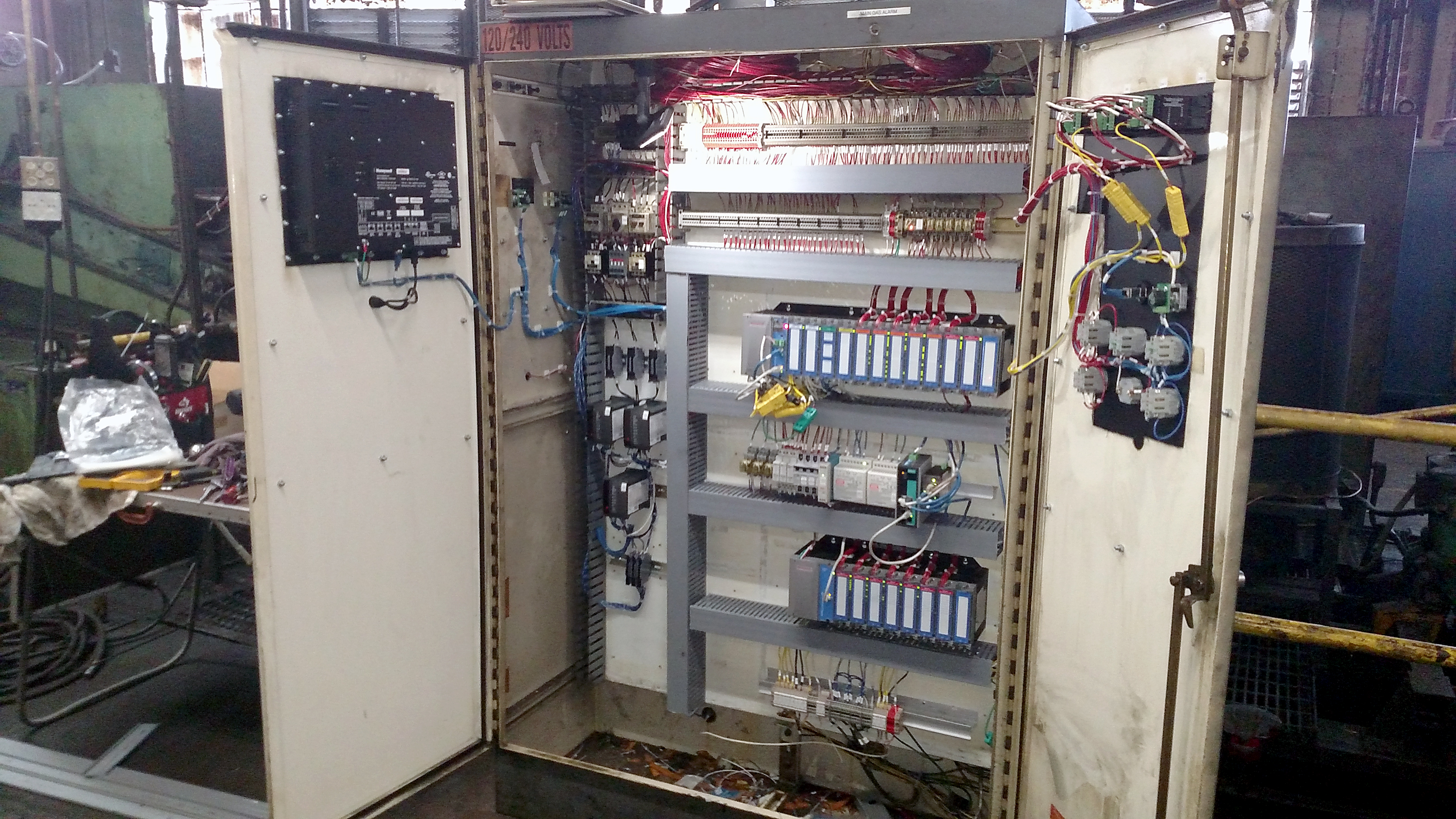 Conrad Kacsik then installed a new control system comprised of a Honeywell HC900 process automation controller with a 15-inch operator interface terminal that is seamlessly integrated with a computer running SpecView HMI software.

The new system included three control panels and operator station. As part of the project, Conrad Kacsik reviewed the control of all of Nelson’s devices. Everything needed rewiring to a PLC with three racks — one master and two slaves. The team installed six new drives and tied them all into the PLC as well.

Nelson’s prior system had variable frequency drives that did not communicate with a programmable logic controller or easily integrate with modern software. It wanted a new system programmed with safety features, so that in the event of a chain break or a conveyor jam, the system would sound an alarm and automatically shut off the other conveyors.

The final project controls a two-zone hardening furnace, generator, quench tank, water cooling tank, washer, two-zone tempering furnace, and a blackening unit — all of which are integrated with six conveyors. The equipment was wired into four control panels, which were completed by Conrad Kacsik’s engineering team. 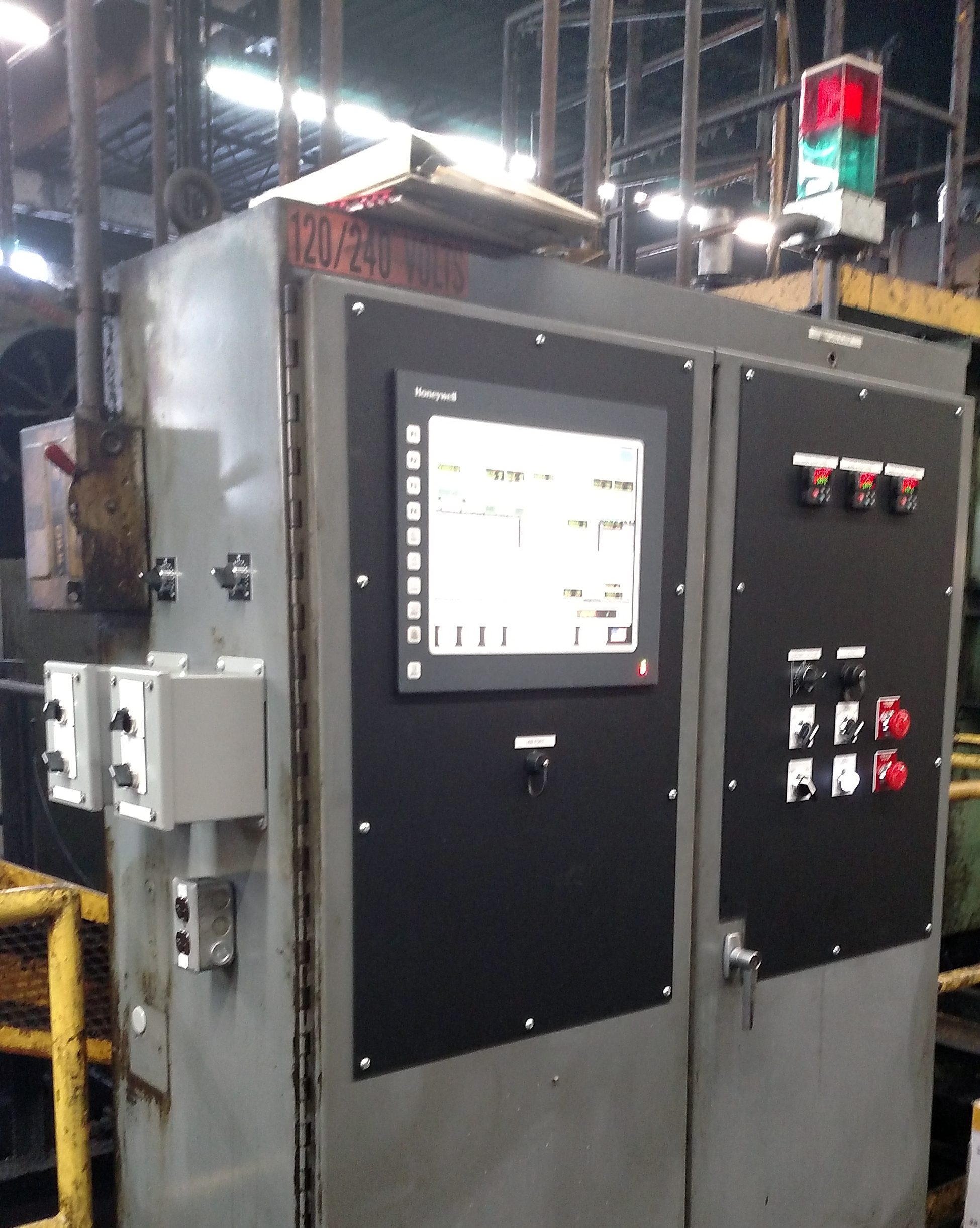 The project allows Nelson to complete jobs more efficiently and reliably while collecting all necessary data in a seamless manner. Thanks to SpecView, data can be accessed securely from anywhere with an internet connection.

Conrad Kacsik worked with Nelson to learn exactly how it wanted the system to operate. The new system includes an operator interface on the floor for ease of use, and with SpecView software tracking everything, it collects data for anything that records temperatures. This was important for Nelson because it had to complete different jobs with a variety of batching systems.

The new process control system allows the operator to type in a number for a job to be done accurately while being tracked and having data automatically saved and accessible any time. This allows for easy record keeping and critical accountability and traceability. Nelson management can access that data at any time with remote licenses through SpecView, allowing them to track jobs and see how the system is operating.

The final job even included some unexpected upsides: Listening closely to the customer, Conrad Kacsik learned that Nelson shut down its system at 4 p.m. daily, but it had to wait until 6:30 p.m. to complete the shutdown process — something that required an employee on the clock to do. The new system allows for automated shutdown, saving time and adding convenience.

Because Nelson is still operating older equipment that needs consistent maintenance, troubleshooting is another important factor. SpecView allows Conrad Kacsik to log in any time to troubleshoot remotely, which saves on service charges.

Nelson got even more than they expected.

“This project exceeds our expectations,” said Ron Utterback, SMI process manager at Nelson. “Conrad Kacsik took the time to really understand our needs and our systems, then built the best possible solution tailored to those needs.”