Home Features How to properly debind parts produced by metal AM

Additive manufacturing cannot ignore the process of post printing thermal debinding, which has the purpose of separating the polymers from the metal powder, thus obtaining a sample to be sintered.

Additive manufacturing is a manufacturing technology that is gaining more and more ground among metallurgists. The process involves all the techniques used to create 3D-metal objects from a digital design.

The production of three-dimensional solid objects using AM technology is different from traditional subtractive manufacturing, which uses a block of solid material from which excess pieces are removed to produce the desired shapes.

Metal additive manufacturing, on the other hand, adds material, step-by-step, until the required object is obtained.

Some reasons to approach these new technologies include:

The costs of 3D printers are falling, thanks to the remarkable advances made in technology.

The geometric limits imposed by subtractive manufacturing no longer exist.

It is possible to create multiple versions of the same product, without varying the cost of production.

A drastic reduction of processing waste is obtained.

The notable increase in the world of metal additive manufacturing of the use of methods such as the Metal Injection Molding (MIM), the Binder Jetting (BJ) and the Fused Deposition Modeling (FDM), prompted TAV VACUUM FURNACES to design and install a vacuum furnace for thermal debinding in its Research and Development laboratory in order to experiment the best solutions for this delicate post-production phase.

What is thermal debinding in metal additive manufacturing?

The printing of the samples is carried out thanks to the extrusion of a mixture of metal powder and polymer until the desired shape and size is obtained.

Polymers, also called the binder, consist of a mixture of organic compounds of different types and quantities, with different melting points.

Thermal debinding has the purpose of separating the polymers from the metal powder, thus obtaining a sample to be sintered.

Simply put, the treatment of debinding consists of the complete evaporation of the binder to deprive the metal sample of any organic compound, leaving it intact for the next vacuum sintering.

How to debind after metal 3D printing

The debinding plant of the TAV VACUUM FURNACES R&D laboratory is able to remove the polymer and condense it into specific traps, avoiding contamination of the thermal chamber and samples in the subsequent processing stages.

The laboratory debinding furnace is therefore equipped with different technical features capable of satisfying the requirements of the additive manufacturing world.

The heating system, which plays a fundamental role in the debinding process, is based on the following components:

• Armored resistors: They constitute the heating system, interposing in the insulation between the furnace and the thermal chamber.

• Control thermocouples: They regulate the process and are placed both in the furnace and in the thermal chamber in order to reach the specified temperature with a high degree of precision.

An essential role in debinding is the presence of inert gas.

Gases act as a carrier of the degrading components, avoiding oxidation and reduction phenomena on the metal surface of the sample.

The furnace is designed for debinding of different materials with different gases. They include:

In particular, TAV VACUUM FURNACES has installed a convection impeller able to make the gas flow inside its vacuum furnace uniform.

How to avoid contamination during debinding

In the polymer degradation step, the evaporated binder can condense as a liquid or as a powder.

For this reason, TAV VACUUM FURNACES designed and installed containers able to collect the degradation products of the debinding.

The collection, located in specific storage systems, allows a specific removal of the stearate, excluding contamination of the thermal chamber and the samples themselves.

The ideal solution is to install a storage tank and a trap in series, all supported by an efficient cooling system:

The storage tank is used for the collection of stearate, which condenses on the cold walls in the liquid phase. In case of excessive accumulation of post process binder in the tank, the tank can be disassembled and cleaned.

The degradation products in solid form are instead concentrated in one special trap. The trap consists of water-cooled copper coils surrounded by metal straw. In addition, there are steel grids with gradually finer meshes from bottom to top able to filter the decomposed binder with increasing efficiency.

The cooling system of the furnace is equipped with an impeller present in the area below the system. The cooling impeller has the purpose of sucking air from the outside and transferring it to the furnace, avoiding contact with the thermal chamber.

The growing pervasiveness of additive manufacturing both at a technological and commercial level, has led TAV VACUUM FURNACES to face and support this technology with increasingly specific systems for debinding and sintering. 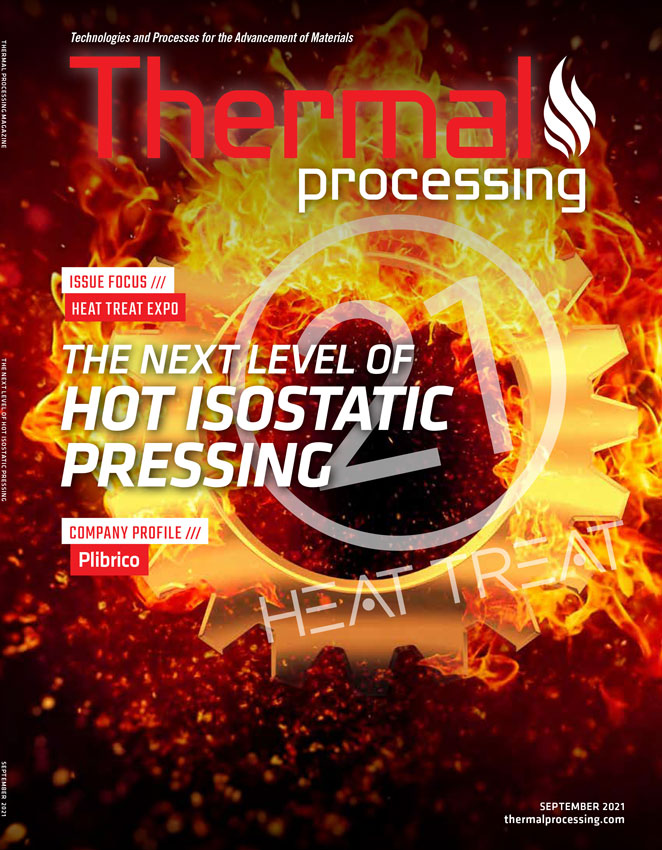 Additive manufacturing and its road to industrial maturity