A catalytically decomposable hydrocarbon with a high average carbon flux, Acetylene is a strong candidate for the preferred carbon gas choice.

Low pressure carburizing (LPC) is the technology of choice for the precise carburizing of high-performance gearing [1]. To achieve absolute process repeatability and the highest quality outcome, it should come as no surprise that one of our goals is to fix as many of the process parameters (e.g. hydrocarbon gas type, pressure, flow rate, etc.) as possible (Figure 1). Selecting acetylene as the hydrocarbon gas of choice helps us achieve this.

The history of vacuum carburizing is a fascinating one. The process was invented in late 1968 and subsequently patented (U. S. Patent No. 3,796,615, U. S. Patent RE 29,881) by Mr. Herbert W. Westeren, Director of Research and Development for C. I. Hayes, Inc., Cranston, RI. Commercialization followed in early 1969 (Figure 2).

Full acceptance of the process by industry, however, involved three decades of work and contributions from all over the world including the discovery and patenting of acetylene technology in the former Soviet Union (USSR Patent No. 668978) by V. S. Krylov, V. A. Yumatov and V. V. Kurbatov in 1977 and culminating in the application and patenting (U. S. Patent No. 5,702,540) of acetylene based carburizing by Mr. K. Kubota, JH Corporation (formerly Japan Hayes Corporation), Nagoya, Japan. Since that time, a significant number of individuals and companies have made patentable inventions that have helped advance the technology [1].

Modern-day carburizing installations (Figure 3) have taken advantage of these developments.

LPC is a recipe-controlled boost/diffuse process. By contrast, atmospheric gas carburizing is controlled via carbon potential. In vacuum carburizing, process-related parameters such as temperature, carburizing gas-flow, time, and pressure are adjusted and controlled to achieve the desired case profile in the parts.

While this method can be used effectively, recipe development by means of a simulation program has become quite popular in the industry. The recipe allows us to determine a sequence of carburizing and diffusion pulses in which carbon profile as a function of depth can be predicted. In addition, work is underway to use the software to predict such parameters as hardness values and residual stress levels versus depth below the surface.

The simulation program can be used in two modes. The first mode allows one to enter a desired surface carbon content and case depth. Then the program calculates the required recipe consisting of different carburizing and diffusion pulses (Figure 4). Furthermore the program shows diagrams of carbon flux versus time and carbon profile versus time and distance from surface.

The second mode is to enter a certain recipe consisting of carburizing and diffusion pulses and the program calculates the resulting carburizing profile. The first mode is generally preferred. These simulations have been found to be quite accurate (Figure 5). The simulated carbon profile is very similar to the measured carbon profile. Some simulation programs also include a quenching module for calculation of the case hardening depth instead of the carburizing depth.

The use of a simulation program to create a carburizing recipe is well accepted for LPC applications in all manufacturing industries including automotive and aerospace. Using these simulators, a test load is run and the parts are checked for correct case profile. Normally, the achieved case profile is within the specified range. If not, the parameters are adjusted slightly and a second cycle is run. Since the LPC process offers consistent case uniformity, it might be advantageous to perform additional simulation runs so as to adjust the case depth towards the lower end of the case-specification. This is done to reduce the overall process time thereby increasing the productivity of the system. As soon as the required profile is achieved, the recipe is fixed and not changed.

Furthermore the simulation program is a powerful tool to achieve the wanted microstructure after vacuum carburizing. The program shows the formation of the carbon profile as a function of time for different surface distances. Therefore it is possible to create recipes that meet microstructural specification, i.e. the absence of large quantities of carbides or avoidance of excessive amounts of retained austenite.

As the chemistry of the materials to be carburized has an influence on the carburizing profile to be achieved, it is possible for a user to enter the exact chemical composition of their own material into the program and store this data in the already existing material data bank.

Over the years a number of hydrocarbon gases and liquids (Table 2) have been used to supply a source of carbon for LPC. While all of these choices are possible, acetylene and acetylene mixtures have become the dominant choice in the industry.

Acetylene is a catalytically decomposable hydrocarbon, which essentially means that it will break down into its elemental constituents (Equation 1, Figure 6) in the presence of an iron catalyst. Other hydrocarbons (e.g. methane, propane) are thermally decomposable, which means that they will break down immediately upon entry into the hot zone of the vacuum furnace negating the ability of the carbon to react with the surface of the steel and creating unwanted hydrocarbon byproducts (Figure 7) and ultimately contaminating the hot zone. In addition, acetylene has a higher average carbon flux, about 150 g/m2-h, then other hydrocarbons. For these technical reasons, acetylene is a strong candidate for the preferred hydrocarbon gas choice.

In general, carburizing gases must have high purity (99.95% or better) and have the ability to be effective at low (< 20 torr) pressure. The use of high pressures coupled with impure gases (i.e. the presence of so-called “heavy” hydrocarbons) has in the past resulted in the formation of excessive deposits of soot and tar (Figure 8) and unacceptably high equipment maintenance. Acetylene avoids these issues and dramatically reduces maintenance time and cost.

Gas consistency plays an important role in the hydrocarbon choice for LPC. Chemically produced acetylene is transported in a solvent, either acetone or DMF (dimethyl formamide). DMF has a boiling point about 100˚C (212˚F) higher than acetone, and acetylene and similar solubility (Table 3). Thus DMF is less likely to volatilize and enter the vacuum furnace reducing the risk of introducing oxygen (leading to concerns over intergranular oxidation) or other unwanted constituents into the carburizing process.

The result of processing this family of gears found that:

While many choices for hydrocarbon gases are possible in LPC, and although special circumstances may necessitate an alternative choice, acetylene and acetylene mixtures have clearly separated themselves as the preferred hydrocarbon choice from a process, equipment and quality standpoint. In the heat treatment process, every choice matters. Remember that the right hydrocarbon choice will save time and money, as well as improve the final product. 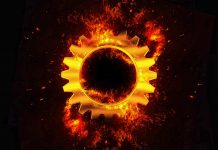 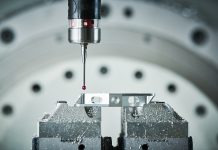 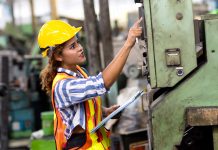