There’s a big gamble going on in Detroit, and I don’t mean at Greektown Casino; it’s at the big three automakers. All have, in one way or another, put their money on EVs (electric or hybrid vehicles) but primarily on pure electric. Ford has announced that it will eliminate most of its sedans and continue development of EV and SUVs (sport utility vehicles), crossovers, and light trucks. GM has closed several plants including the one producing the Chevy Volt hybrid to focus more resources on pure electric development such as  the all-electric Chevy Bolt. Apparently, they’re all diverting resources and putting a major focus on the autonomous or self-driving vehicle market, where a combo internal combustion engine is a disadvantage.

With the massive changeover required to produce the quantity of vehicles their prognosticators forecast, will the consumer pay the price when the government eliminates the subsidy incentive for EVs? As I’ve discussed in previous columns, the success of EVs will ultimately depend on how they will compete with the gasoline engine’s ability to travel about 300 miles on one fill-up even with the smallest gas tanks. Today’s internal combustion four-cylinder turbo-charged engines married to a six-speed automatic gear box can easily travel more than 600 highway miles on 18.5 gallons of regular or mid-range octane fuel in a full-size five-passenger car weighing 4,200 pounds. In my opinion, if EVs are ever to lure consumers away from this 8-year-old technology, automakers have to get much more creative than they are now.

Less obvious, but still critical decisions must be made concerning heat-treating required for the new materials and more specifically where it will be done — in-house or outsourced. Therein lies the dilemma: Where will the heat-treating market put its chips — vacuum, atmosphere, batch, continuous, mesh belt, and the myriad of other furnace systems?

Automotive heat-treating, primarily case hardening, has always been about the drivetrain, gears, shafts, etc. EVs, either all electric or hybrid, will require a totally different and much more flexible heat-treating approach. In addition to case hardening for vehicle drivetrains, specialized materials for DC and AC motors also will be required. As the demand for reduced weight increases to improved mileage and emissions, vehicle structural changes will be needed to accommodate newer, more efficient, and lighter batteries that can be positioned more creatively throughout the chassis.

As I’ve opined in previous columns, continuous furnaces in the past provided the necessary production required for the millions of drivetrain parts. In more recent times, LPC/HPGQ batch equipment has been the choice for GM, Ford, and Fiat Chrysler, among others, for passenger vehicles for distortion control with light and heavy trucks retaining traditional atmosphere case and press quench hardening, primarily due to their more massive cross sections. In addition to hardening drivetrain components, hybrid or pure EV electric motors, either AC or DC, require heat-treating for motor laminations, copper windings, bearings, shafts, and the like. Nonferrous components like these require heat-treating processes that mirror annealing, stress relieving, and aging, to name a few. These processes do not require quenching except for some aluminum alloys.

Although LPC/HPGQ enjoyed a major portion of the multi-speed transmission case-hardening process for passenger cars, the majority of that equipment resided in the OEM organization due to its  high cost. There are a few exceptions where the process was outsourced to very large commercial heat-treating companies. Outsourcing heat treating where EV and hybrids are concerned may change that status quo. Although both DC and AC electric motors are being used in EVs, the designs of these power trains are proprietary to differing degrees. The design cost of multi-speed transmissions, six-speed and above, by comparison, due in part to its complexity, was shared by competitors with each OEM making specific modifications in their final designs. That dynamic may change where EV technology is concerned due to the diversity of thought on how the motors and batteries can be integrated into the drivetrain and chassis.

Except for drivetrains, the majority of subassemblies that go into cars are subcontracted to either siblings of the parent company or altogether separate entities, and that’s where the quality focus will likely be concentrated. Whether heat-treating is done in-house or outsourced is a function of that quality. If autonomous or self-driving cars reach the numbers hoped for, the infrastructure and maintenance required to keep all of them running will be a challenge. I believe the initial foray into mass production of ASDV (autonomous or self-driving vehicles) will be fleets such as delivery vans, rental cars, online delivery services, and car-sharing organizations, and probably uses no one has envisioned yet.

I also believe the end result will be commercial heat-treaters that have the majority of batch heat-treating equipment in the U. S. and likely Europe. The process flexibility these batch systems must provide will lead to a new generation of equipment. 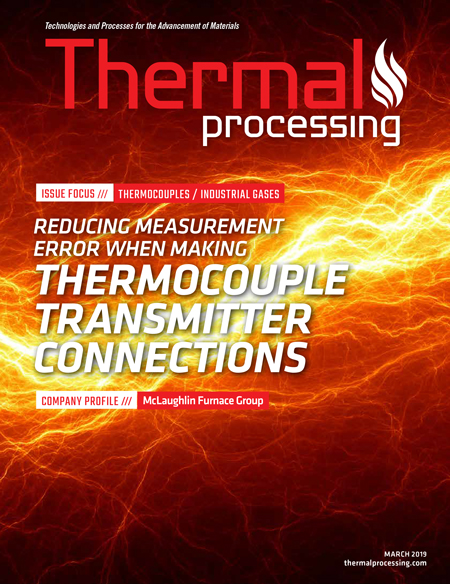