Because non-metallic elements influence the physical properties of metallic materials, quality control should include analysis of the raw material and the final product to measure element concentrations.

An integral part of industrial product development is the manufacture of prototypes and initial samples, regardless of whether the product is a simple screw or the complex part of an airplane. To fabricate single, and oftentimes small, pieces in a production environment is usually a costly procedure. Based on this cost-benefit calculation, a special application field of powder metallurgy has developed in the past few years: additive manufacturing.

Additive manufacturing (AM) is the “process of joining materials to make objects from 3D model data” [1]. AM creates objects layer upon layer from different metal powders or metal alloy powders. The specifications of the manufacturing process depend on the requirements and possibilities of the user, as well as the type and size of the object to be produced. 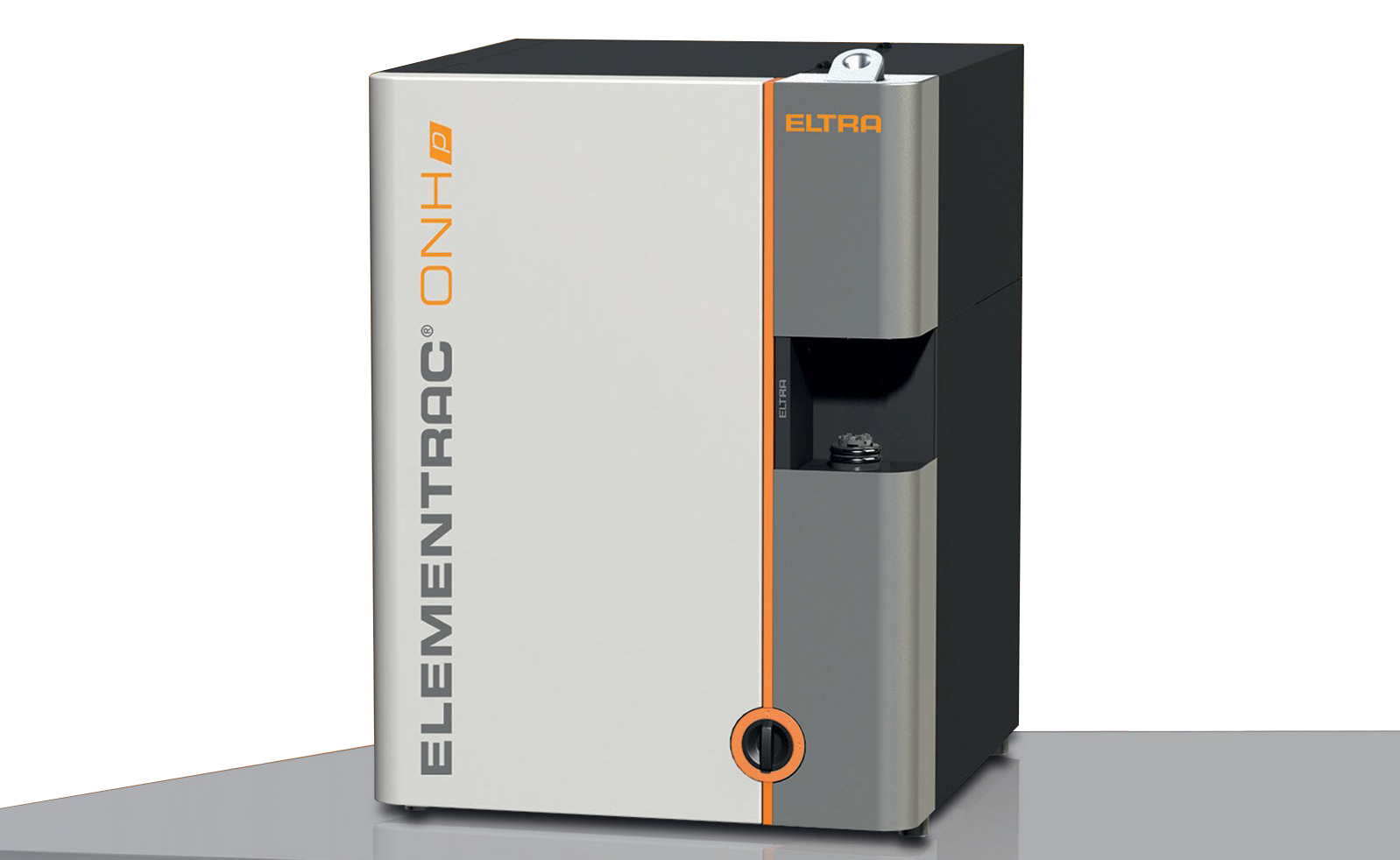 In recent years, different methods have been established in the industry, such as:

Most AM methods are based on the same procedure. A laser beam locally melts the upper powder layer, which solidifies and forms a layer of solid material. This is repeated layer by layer until the final object is created. The quality of the unused powder is determined by particle size analysis (sieving) and, in some cases, also by elemental analysis, before it is returned to the manufacturing process.

Additive manufacturing is becoming an increasingly established production technology. However, as it is still new, the required process steps have not been uniformly defined yet. There are, for example, no industry-wide standards describing the quality control process. An established parameter is the particle size distribution of the powder used for AM. Particle size, however, should not be the only characteristic used for quality control [2].

Among the metal powders used for additive manufacturing are different types of steel and titanium. To check the quality and purity of these raw materials, suitable processes need to be implemented. The content of various “foreign” elements, for example, should be closely monitored to ensure a high-quality end product.

Elements That Have an Influence on Material Properties

There are many elements that influence the properties of steel, with carbon at the top of the list. Steel is classified into different quality grades and application fields, depending on the type and concentration of these alloy elements (C, Si, Mn, P, S, Cr, etc.). The following describes the most important non-metallic elements and their effects.

Sulfur [S]: If the alloy contains sulfur, this increases the machinability of the steel, i.e., the material’s suitability for being treated by methods such as drilling or milling. The higher the sulfur content, the lower the ductility.

Nitrogen [N]: The nitrogen content may be divided into desired and undesired content. There are some special applications that permit a high nitrogen concentration. In these cases, its chemical form has to be taken into account. Nitrogen in its elemental form is localized along the grain boundaries and influences the ductility of steel in a significant way. The nitrogen content that is bound to other elements is usually not considered important.

Oxygen [O]: Oxygen is a so-called steel parasite because it makes the steel brittle and causes aging brittleness.

Hydrogen [H]: Hydrogen in steel causes the mechanical stability to degrade. Hydrogen embrittlement is widely feared because it may cause considerable technical and economic damages. It means that the protons attach themselves to the metal matrix that may lead to cracks in the steel.

Hydrogen [H]: Has the same effect on titanium as on steel. Hydrogen may influence the formation of mixed phases in titanium alloys.

Oxygen [O]: Even the smallest amounts of oxygen have a considerable effect on the toughness or hardness of titanium. The Specification Book shows that even minor differences in the oxygen content may determine the difference between high-quality (grade 1: 0.18 percent O) and low-quality titanium (grade 3: 0.35 percent). Oxygen changes the mechanical and physical properties of titanium significantly. Titanium with an oxygen concentration of 0.1 percent is approximately three times more stable than with a concentration of 0.3 percent.

Sulfur [S]/Carbon [C]: These elements only have a slight effect on titanium. The determination of the described element concentrations should be carried out before and after the additive manufacturing process to ensure that both the raw materials and the final product possess the required quality.

There are different ways of measuring element concentrations and impurities, most of which require destruction of the sample. This is done to ensure that all relevant components of the analyzed sample are released.

Combustion analysis offers a number of advantages. The samples can be measured in solid form, which means direct measurement without previous treatment. The average particle size required for metal powders used for additive manufacturing processes lies between 5 μm and 150 μm. This is determined by particle size analysis, e.g., by dynamic image analysis. If the powder has the right size distribution, it can be analyzed for elemental concentrations by combustion analysis.

The measurement of H/C/N/O/S cannot be carried out in one single analysis. Oxygen, nitrogen, and hydrogen are analyzed in one step and carbon and sulfur in another.

This is due to different methods being applied:

The sample is dropped into a graphite crucible and melts due to the high temperature. Consequently, oxygen, nitrogen, and hydrogen are released. Oxygen converts to CO on the surface of the hot crucible. The inert carrier gas removes the gases from the crucible.

A copper oxide catalyst converts CO to CO2, which is detected in the infrared cells. An infrared ray with a specific wavelength is used to excite the carbon dioxide molecules.

The loss of energy, which was transferred to kinetic energy, is used to determine the exact oxygen concentration of the sample. The nitrogen and hydrogen content are measured in a thermal conductivity cell.

The Elementrac thermal conductivity cell is based on a micromechanical silicon chip, which is coupled to a membrane and works independently of a reference gas flow. If the thermal conductivity of the gas changes — for example, through nitrogen released from the sample — the heating capacity required for heating the membrane changes as well. This is indicated by a measuring signal. The method is robust and sensitive, and it guarantees stable measuring results over a wide concentration range.

Table 2 shows typical results for a simultaneous oxygen and nitrogen analysis of a steel sample. Reproducibility is clearly below 1 ppm, even for low concentrations.

In the induction furnace, the sample is melted in a pure oxygen atmosphere, causing sulfur to react to sulfur dioxide (SO2) and carbon to react to a mixture of carbon monoxide (CO) and carbon dioxide (CO2).

The combustion gases pass through a dust filter and moisture absorber for purification. In the next step, the sulfur dioxide is detected in infrared cells. In Eltra’s CS-800, infrared cells with different sensitivities (high/low) can be adapted according to the user’s requirements. Oxidation of both carbon monoxide to carbon dioxide and sulfur dioxide to sulfur trioxide follow the sulfur measurement. The SO3 gas is removed with cellulose wool; the carbon content is detected by infrared cells that can be individually customized. Eltra analyzers can be equipped with up to four independent infrared cells.

The sample is weighed in a crucible and covered with tungsten for analysis. Table 3 shows a typical result for a steel sample.

Non-metallic elements such as carbon, sulfur, hydrogen, oxygen, and nitrogen influence the physical properties of metallic materials. These elements may be found in the powdered raw materials used for additive manufacturing or may be introduced during the production process. Therefore, thorough quality control should always comprise analysis of the raw material and the final product. Combustion analysis offers convenient and reliable solutions to reproducibly measure element concentrations in a range from a few ppm to percentages.