When using conventional metal-alloy radiant tubes, failure is not just possible — it’s a certainty. It’s a costly reality that has long plagued heat treaters looking to maximize efficiency and productivity while streamlining costs.

Recognizing this problem, INEX Inc., an advanced materials producer, developed a unique process to manufacture tubular forms made of Silicon Carbide (SiC), taking on the challenge to prove that failure of radiant tube heaters was not inevitable. The company focused its attention on this problem and in 1989 began producing Silicon – Silicon Carbide (Si-SiC) composite radiant tubes, which both outlast and outperform traditional metal-alloys.

“Typically, radiant tubes are made of nickel-chromium, or some people would say stainless steel,” said Michael Kasprzyk, president of Holland, New York-based INEX Inc. “In heat treating furnaces all metal-alloy radiant tubes fail eventually. If the furnace operator is aggressive, the metal-alloy fails quickly in about 18 months. If run more conservatively, they may last several years. But eventually they all fail. Our advantage is a material that does not fail either thermally or chemically in heat treating environments. We replace a consumable tube with one made of Si-SiC that, at least in theory, could last forever.” 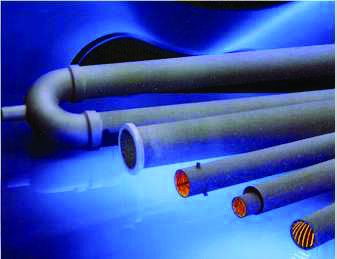 Factors that affect the life of metal-alloy tubes include thermal creep, oxidation, and brittleness arising from carburization. These conditions vary depending on how each furnace is used, but failure will certainly occur at some point, according to Kasprzyk.

INEX Si-SiC tubes are immune to these factors, resulting in a much longer lifespan and reduced downtime.

“We’re in the business of taking away headaches,” Kasprzyk said. “Tube failure often ruins a furnace load, resulting in downtime, late deliveries, and costly metal-alloy replacement. In addition, there is the cost of repair labor, and the lost opportunity to make money while the furnace is down. INEX radiant tubes offer a tremendous advantage to heat treaters.“ 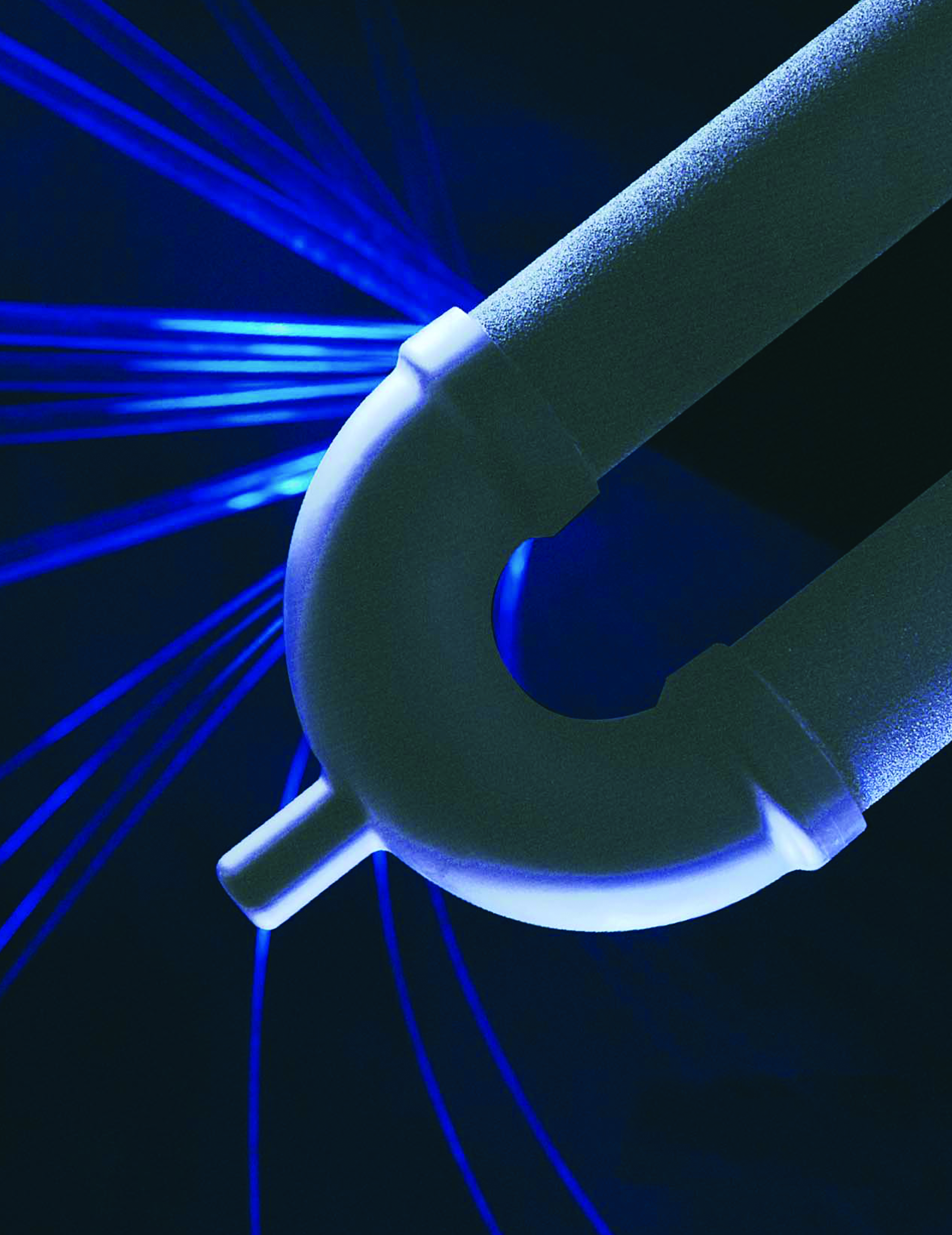 Additionally, the material properties of Si-SiC allow more effective heat transfer, resulting in productivity gains of 25 percent and more. “The general rule of thumb in the industry is to limit heat flux to 55 BTU per square inch per hour for metal-alloy tubes,” Kasprzyk said. “Si-SiC composite material is routinely used at 110 BTU per square inch per hour and higher, transferring twice the heat. That, in turn, means that the load can be ramped-up to temperature much more quickly, leading to a significant increase in throughput. In other words, more work can be done using the very same furnace. You can attempt to do the same thing with nickel-chrome alloy, but the tube life is drastically shortened. Si-SiC tube life is unaffected by its much higher heat release.”

While INEX’s radiant tubes are considered a premium replacement for existing metal-alloy products, Kasprzyk points out that the actual life-cycle cost is significantly less — especially when the productivity benefits are considered. 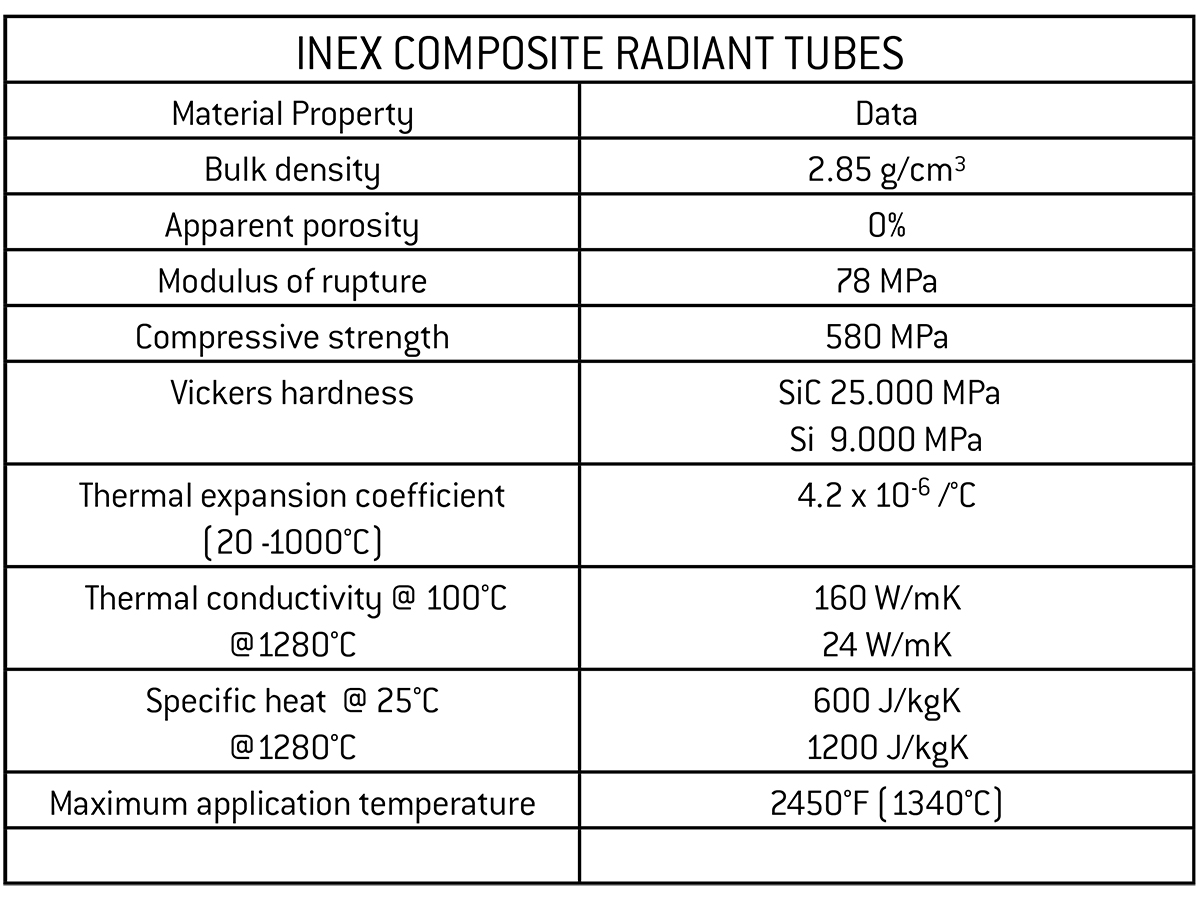 Additionally, INEX tubes are less costly than both domestic and foreign competitors offering other SiC radiant tubes thanks to its unique and cost-effective Si-SiC composite manufacture. That’s a process-driven advantage. Replacing traditional metal-alloy tubes with INEX Si-SiC is a relatively simple process, as the tubes usually require only minor changes in mounting hardware. %0415_Profile_T1%%

“And there’s not much we need to teach people about the product,” Kasprzyk said. “Mostly users must consider that this is a brittle material — don’t hit them with a hammer to make them fit. Other than that, there’s not really a whole lot to retrofitting a furnace.“ 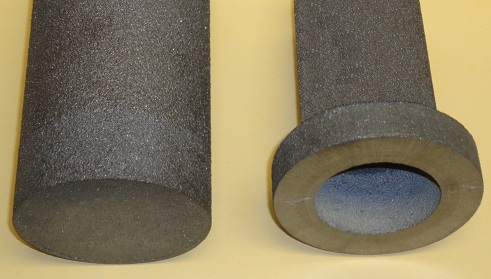 The greater challenge often comes in “opening the eyes” of furnace operators to the expanded opportunities of Si-SiC materials. ”Everyone is accustomed to thinking they can only get so many pounds per hour or batches per day out of a furnace. We show them how they can get much more work done in the same time and footprint. Higher heat flux capability is key to furnace productivity and metal-alloy tubes cannot provide this.“

INEX Inc. has nine employees at its offices and manufacturing facility in Holland, New York, and nearly 30 independent sales representatives throughout North America, Europe and Asia.