In July’s column, I talked about molten salts and the different types. In this short column, we discuss the benefits of using molten salts for martempering applications.

Martempering [1] is a specialized process that is only used when distortion and high residual stresses are an issue. In this process, parts are quenched from the austenitizing temperature into hot oil or molten salt at the approximate martensite start temperature (100°-200°C). The part is held at this temperature until the surface and center temperatures of the part are nearly the same. Once the center of the part has reached the quenchant temperature, the part is removed from the quenchant and allowed to cool in any convenient manner (usually air cooling). This prevents the formation of thermal stresses due to unequal cooling between the center and surface (Figure 1) and uniform transformation of austenite to martensite.

The primary advantage of martempering is that parts will have lower distortion and reduced residual stress [2]. This is from reduced thermal gradients during quenching, and relatively uniform transformation of martensite. Martempering can be accomplished in either oil or molten salt. Typical temperatures for martempering, some through hardening and carburized grades, are shown in Table 1.

As indicated in Figure 1, the part is held at approximately the martensite start temperature (Ms) for a short time to minimize the thermal gradients from center to surface. The maximum time for this thermal hold is dependent on the bainite start time on the TTT diagram. The part is withdrawn from the bath before bainite is allowed to form.

In traditional quenchants such as oil or water, there are three phases of quenching. First there is the vapor stage, formed from superheated quenchant, that forms a vapor blanket around the part. Heat transfer is very slow through this stage. Secondly, there is nucleate boiling, where heat is taken away from the part by the formation of bubbles and replaced by cooler liquid. Heat transfer is extremely rapid during this phase. As the part cools to approximately the boiling temperature of the fluid, a transition to convection heat (phase three) transfer occurs, and heat transfer slows down again.

With a molten salt, there is no vapor phase. Heat transfer is by convection and conduction (Figure 2).

The cooling curve shows only rapid heat transfer in the beginning, and a gradual decrease in cooling rate. With agitation, cooling rates and the resultant hardness is increased [4]. Because of the high initial cooling rate, non-martensitic transformation products are avoided and distortion is reduced.

Molten sodium and potassium nitrates/nitrites are most often used for martempering. The melting points of the salts depend on the blend of potassium and sodium nitrates used. Common mixtures of the salts have melting temperatures between 150°-400°C.

One of the advantages of using a molten martempering salt is there is very little spatial variation in heat transfer with salt. When using an oil quenchant, the purpose of agitation is extremely important to achieve uniform heat transfer. Agitation helps wipe the vapor phase and provide a uniform heat transfer over the surface of the part.

Molten salts do not have a vapor phase and proceed immediately to boiling. This reduces surface to surface thermal gradients, which can increase distortion and residual stresses. In a study by Rao and Prabhu [5], they examined the spatial heat transfer of molten salt and a martempering oil. The molten salt was a ternary mixture of 54 percent KNO3, 7 percent NaNO3, and 39 percent NaNO2 eutectic salt. An Inconel probe 12.5 mm diameter and 60 mm long was used. Multiple thermocouples were embedded in the probe, at different heights, 2 mm from the surface of the probe. A central thermocouple was embedded at the geometrical center of the probe. Using an inverse heat transfer model, they calculated the spatially dependent transient heat flux at the probe surface.

The results of the study showed that the hot oil had a wide spatial variation in temperature compared to the molten salt (Figure 3). Further, the molten salt had a higher and more consistent peak heat flux that varied little across the height of the probe (Figure 4.)

The heat extraction rate of the molten salt was significantly higher than the hot oil quench. This would indicate that the surface to center thermal gradients would be higher. The uniformity of the quench surface to surface was much more uniform in the molten salt. This would indicate that there would be less surface to surface thermal gradients, and lower distortion because of non-uniformity of heat transfer.

While there are considerable benefits to using molten salts for martempering, the process is energy intensive. The bath must be always maintained at temperature to prevent solidification of the molten salt bath. There is considerable salt drag-out from the use of molten salts, which must be cleaned from the parts. While the salt can be readily cleaned using water, the salt must be routinely recovered (most commonly from evaporation of the water).

An advantage is that cleaners do not have to be used, just water. However, the water must be of good quality, without impurities. Otherwise, on evaporation these inorganic impurities would then mix with the recovered salt. However, the expense and labor of routine evaporation, cleaning the washer, and recovering the salt must be considered before implementation of the use of molten salts for martempering.

In this article, we discussed the advantages of using molten salt for reducing distortion of parts. Molten salts offer fast quench rates and improved spatial heat transfer compared to traditional martempering oils. However, cleaning and recovery costs are non-trivial, as are the constant heating costs required to keep the molten salt baths at temperature.

As always, should you have any comments on this article, or suggestions for any further articles, please contact the editor or me. 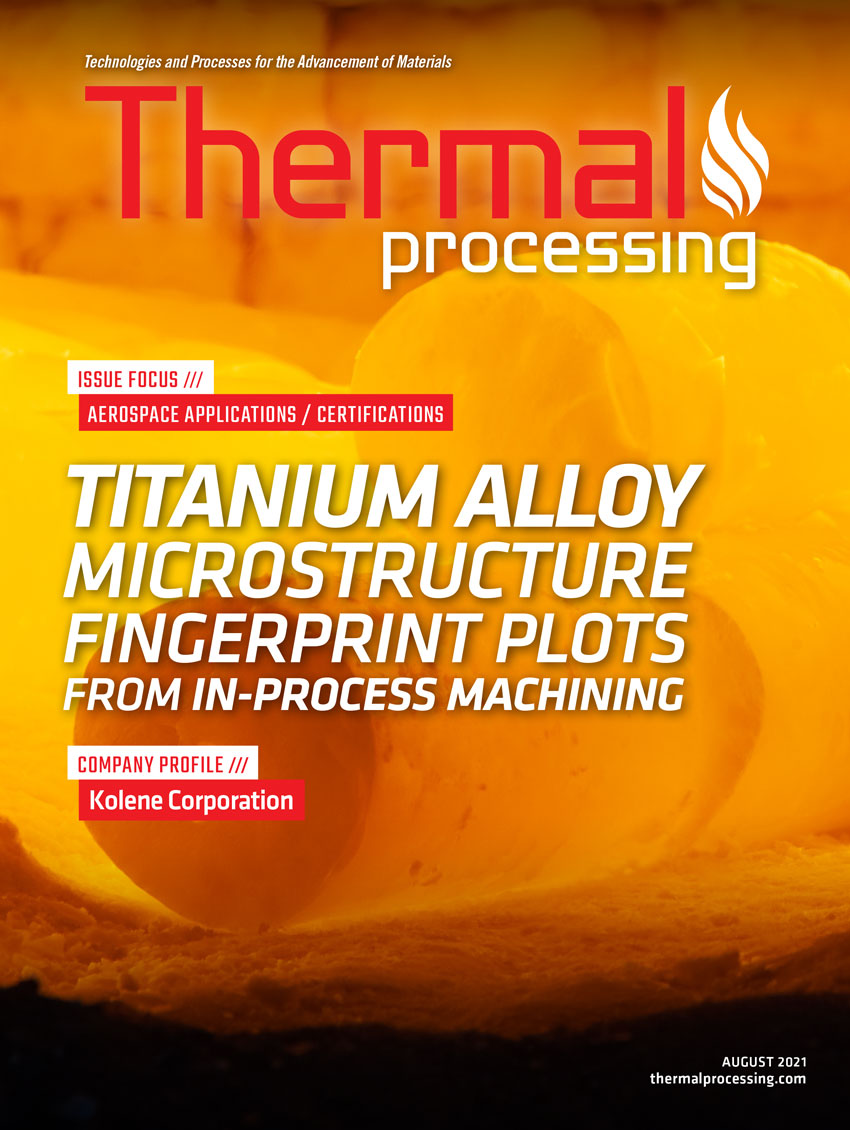