A combination of carburization and quench hardening is often used to increase the strength and improve fatigue performance of steel parts. During quenching, stresses caused by the thermal gradient and phase transformations will generate plastic deformation, which will lead to distortion in hardened parts. Gear components with large distortion will increase gear noise and reduce fatigue life in service. Final machining of hardened gears often leads to nonuniform case depth distribution, so a maximum amount of distortion caused by hardening is often specified, and parts with distortion exceeding the specification will be scrapped. Press quenching is one effective way to reduce the distortion amount from a hardening process.

Quench hardening is a transient thermal stress process with phase transformations. The effect of various factors on distortion is nonlinear, and the distortion can only be measured after the process is done. Heat treatment results that are of common interest include the volume fractions of phases, hardness, residual stress, and part dimensional change. The thermal gradients during both heating and cooling work together with the phase transformations to continually change the internal stress and deformation of the part being heat treated. The material response of a specific part during the heat treatment process is difficult to document just using the final measurements. Heat-treatment simulation software such as DANTE makes it possible to understand the material response during the heat-treatment process, including the evolution of internal stresses, part deformation, the phase transformation sequences, and the probability of cracking. Computer simulation has increased the level of understanding of heat-treatment processes because the events that occur during heating and cooling can be accurately modeled and investigated.

In this case study, the DANTE heat-treatment simulation software is used to model the carburization and press quenching of a spiral bevel gear, with an inner spline. The modeling results are used to understand the causes of distortion, and further studies of the press quench models are used to improve the effectiveness of the press quench tooling design. The gear is made of AISI 9310, with an outer diameter of 16.5 inches and a bore diameter of 5.5 inches. The main concern was the shrinkage of the bore, which was exceeding the tolerances set by the design. To determine the cause of the excessive shrinkage, and explore possible solutions, a CAD model was created of a single tooth sector. The bevel gear tooth was removed, since it was assumed to have a minimal effect on the bore distortion, while the spline tooth on the bore was retained. Figure 1 shows the single tooth model (left) and a closeup of the gap between the bevel and the bottom die (right). The gap distance is set when all components are at room temperature.

The first step when evaluating a press quenching operation using simulation is to determine the effects of the tooling on final distortion. A model was therefore executed that did not have any tooling constraints, labeled ‘Immersion Oil Quench’ in the plot, as well as a model with the current tooling positions and loads, labeled ‘Press Quench’ in the plot. Figure 2 shows the prediction of the bore distortion, for the upper and lower sections. For completion, the distortion of the bevel was also examined. Figure 3 shows the axial distortion of the bevel for the immersion oil quench and the press quench processes. Figure 3 shows that the press quench tooling was effective in controlling the bevel distortion within the specified tolerance. However, the simulation revealed that the tooling was not actually helping to reduce the shrinkage of the bore, as shown in Figure 2. A solution was therefore sought.

Through experience, it has been found that a plug can control the radial dimension much better than an expander. An expander was being used in this case, to no avail. There is generally an optimum oversize to the plug. That is, the plug generally works the best when it is larger than the room temperature size of the bore. Since the part will expand when it is heated, the part will have no problem accepting the plug. After several modeling iterations, it was determined that a plug with an oversize of 60 micrometers reduced the distortion to a minimum amount. The plug used in the model had a straight profile, which led to a significant taper in the bore of the gear. To correct this, a plug with the inverse taper was developed and simulated. This reduced the radial shrinkage and taper to manageable levels, but the bore was still not completely straight. Sometimes it is possible to remove the contour of the bore by designing the plug with the inverse contour, just like taper can be removed with an inverse taper design. A model was developed that used an inverse contour plug design. The results showed a negligible effect, so it was determined that using a contoured plug was not worth the extra cost associated with manufacturing a contoured plug, but using a tapered plug was worth the extra cost. Figure 4 shows the results of the five cases modeled.

In conclusion, the DANTE heat-treatment software was used to effectively model the press quenching operation of a bevel gear. It was determined, through simulation, that the upper and lower dies were effective in controlling the axial distortion of the gear, including the bevel. The model did show, however, that the expander acting on both sections of the bore was ineffective in controlling the distortion of the bore. It did such a poor job controlling the radial distortion, that the same radial distortion could be realized by quenching the gear without constraints. Through simulation, it was determined that a plug with an oversize of 60 micrometers worked the best to reduce the radial shrinkage. A plug with a taper was then designed, using DANTE, to remove the taper caused by the straight plug profile. Heat-treatment simulation software can be used to successfully improve the rather complex press quenching operation of a bevel gear. 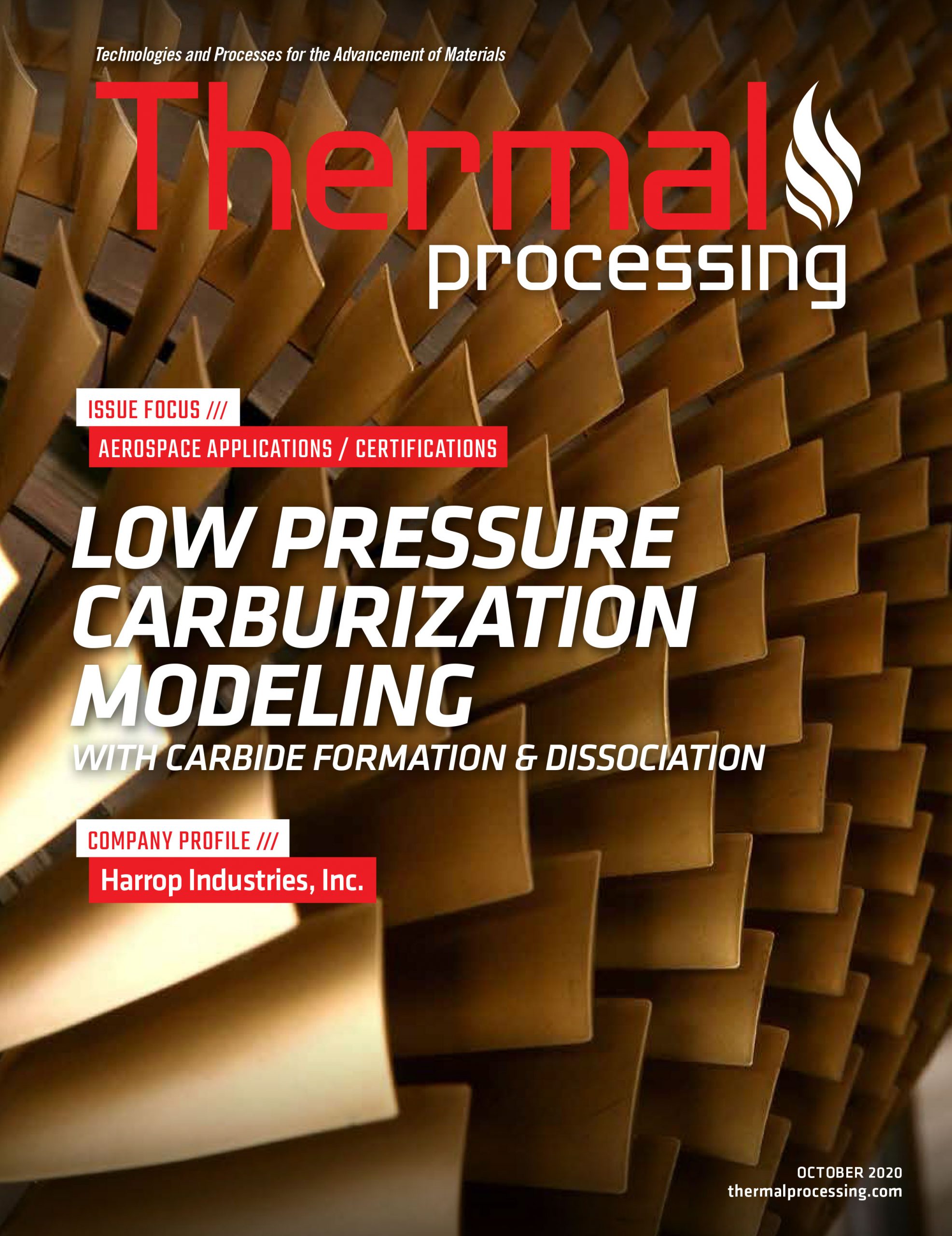