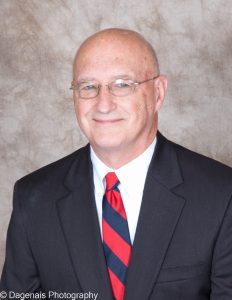 Carburizing today is performed by two primary processes, at or above atmospheric pressure and partial (vacuum) pressure. Below are some acknowledged practices plus procedures and techniques to evaluate their success.

Atmosphere carburizing consists of the following:

Generated endothermic gas consisting of 20 percent CO, 39 percent H2 and 40 percent N2 plus fractions of CO2 and water vapor requires approximately a ratio of 2.4 to 1 natural gas to air in a retort at temperature of 1,950 degrees F (1,066 degrees C) with a nickel catalyst. To produce 1,000 CFH of the endo mix requires 526 CFH of natural gas plus 219 CFH air. The gas-air reaction actually creates more gas than that used to produce, resulting in the output of 1.37 times the input gas volume.

Partial pressure vacuum made its initial entrance into the carburizing scene by employing propane with its high value carbon level of C3H8 used at approximately 50 torr (67 millibar). This was followed by natural gas at about 400 torr (533 millibar) and finally LPC (low pressure carburizing) between 5 and 15 millibar.

Endo gas generated in a retort is the standard by which all carburizing methods are compared for surface, case depth uniformity, and CP (carbon potential) control.

No process is perfect, so the primary metric for comparison is consistency load-to-load and part-to-part. One of the measures I’ve employed over the years is the ability to carburize between closely placed parts and into blind holes, Figure 1.

Although LPC does a commendable job of carburizing into some blind holes, depending on the process, pressure-pulsed or gas-pulsed, (more on that later) all LPC parts must be racked in fixtures to assure uniform case and surface carbon; they cannot be shovel loaded, for example, like universal joint crosses or ball joints, as is routinely done in endo carburizing. Carburizing at 400 torr in recirculated natural gas also could do a good job of penetrating blind holes. Although the higher pressure didn’t create the popularity of LPC, a good portion of the early fatigue improvement test results by vacuum carburizing at 400 torr was performed in the late 1970s.

Finding the best practice and procedure is a moving target, literally.

Endo gas carburizing is the benchmark for case hardening because the progress of carbon diffusion is determined as it occurs by the following two methods:

The shim test is the failsafe procedure to calibrate oxygen probes. It consists of inserting a low-carbon, very thin 1008 steel shim typically 4 inches by one inch by 0.004 inches thick into the atmosphere via a special port. The shim’s carbon content can be determined by weight gain or actual chemical analysis. If weight gain is used, the weight gain is divided by the original weight in grams times 100 plus the measured base carbon content of the shim steel. It’s meant also as a quick reference during a long process to confirm the probe’s accuracy. Finally, to determine the post-process surface carbon and case depth carbon, step bars can be included in the load, Figure 3. After quenching the load, the step bar is annealed to reduce its hardness so it can be turned in a lathe to remove in incremental steps the turnings for carbon analysis.

Today, carbon and case-depth-predicting software models are commonly used to estimate the time and CP required for achieving a specific target. But as popular as they are, they are only as accurate as the actual carbon penetrating the surface of the parts, and that’s the function of the shim tests. However, the shim test does not work for vacuum carburizing.

The shim test works for endo carburizing because the controlling factor is based on the equilibrium of the atmosphere to the parts and shim material; the CP of the atmosphere will — when under control — not exceed the CP. If the CP is 0.80 percent, the surface carbon of the parts and shim will be at or very close to 0.80. The size or surface area of the load has little influence on the outcome as long as the rule of thumb of five volume changes per hour of endo gas flow to hot zone volume is maintained. However, partial pressure carburizing such as LPC has no such equilibrium or constant flow component. LPC, regardless of the gas used, relies on the assumed surface carbon if the acetylene flow is matched to the estimated surface area of the load; too much acetylene results in excess iron carbide, too little and the case depth will be shallow and nonuniform. Carbon diffusion models, as mentioned, exist to predict the desired result  but part spacing and surface area are variables that can affect expected outcomes. However, pressure control must be taken into account. There is no hard and fast rule. Empirical tests have tried to estimate the quantity of acetylene used for a particular surface area but it’s only an estimate from similar loads. Evaluating shim tests at 400 torr in natural gas results in carbon pick up of more than 2.5 percent; I’d expect LPC to be similar.

LPC or partial pressure vacuum carburizing has become popular because it eliminates IGO (intergranular oxidation), and it’s true that improves the fatigue strength of steel. However, in my view, that’s not its most beneficial property, primarily because shot peening has successfully improved the fatigue resistance of endo carburized steel by imparting compressive stress to the component’s surface and has been used for several decades. It’s the integration of HPGQ (high pressure gas quench) that has propelled LPC, due to its ability to reduce distortion during quenching.

Vacuum carburizing, due to its non-equilibrium relationship to the steel surface, has an extremely high carbon flux that results in an increase in carbon diffusion per unit of time compared to endo carburizing. Witnessing the evolution of HPGQ, the addition of acetylene and the desire to reduce distortion and reduce carburizing time, in my opinion, is the driving factor for LPC. There is also a perception that iron carbide, Fe3C, is to be avoided at all costs. However, finely dispersed carbide provides improved wear resistance such as the common bearing steel 52100, which has a carbon content of 0.98 to 1.1 percent. Carbon in excess of 0.8 percent at room temperature exists as iron carbide.

Most LPC prediction models are designed employing the boost-diffuse method, meaning that as the assumed surface carbon concentration approaches 0.8 percent, the carburizing pulse stops to allow the surface to diffuse to some lower value, such as 0.65 to 0.75 percent before the next boost or pulse begins. As this process proceeds, the boost time shortens and the diffusion time increases until the model believes the target case profile has been achieved. Unfortunately, there is no as-it-occurs method of verifying the potential of the atmosphere for LPC.

Finally, for those anticipating the use of LPC, two control methodologies can be used: gas pulse and pressure pulse. The pressure pulse, in my view, is the more effective. In the gas pulse process, the acetylene pulse is replaced with nitrogen during the diffusion segment and assumes that the unreacted acetylene and H2 (hydrogen) is scrubbed from blind holes and closely packed parts. Pressure pulse, as the term suggests, lowers the pressure for the diffusion segment, removing acetylene from holes, etc. This is a variation of a process employed by some furnace manufacturers early on, with propane at higher pressures and ineffective flow distribution methods that created soot problems.