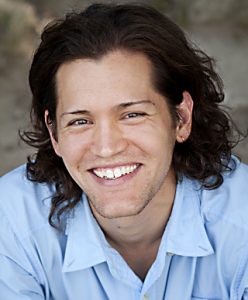 The corrective action. That dreaded tally on one’s personal record at work that is available for all of upper management to see a mistake that you made and got caught. Everything was going fine until it got exposed in an audit or customer escape. Now, the work of fixing it seems more like a way to protect your job instead of realizing its potential to capture a process improvement in a robust way.

No one likes to get called out for doing something wrong. It can be embarrassing. Sometimes, though, employees are relieved by mistakes being caught so the process can finally be made right. In the world of heat treat, AMS2750 clearly indicates a corrective action must be taken to get the process/equipment back running. So, there is no running away. But there really should be no hiding from issues that go wrong. The rules are there to protect the players and the customers. Just as with soccer’s yellow and red cards, it’s obviously not the goal to get one — but it protects players’ safety. Same too in manufacturing. The goal isn’t to get Corrective Action Reports (CAR), but they happen. It’s part of the “game.” So instead of seeing a failure as something to dread, see a failure as a potential to correct and put the right action in place. The correct action.

Corrective actions can be defined according to RM13000 8D Problem Solving Method as getting out to the customer, an internal issue, or a simple find-and-fix the problem. RM13000 suggests when to use a full 8D, 4D, or even a 2D problem-solving approach. Whichever approach, it is about discipline in completing the steps. That is what makes the difference.

Once the finding is established, a cross-functional team is then assembled. RM13004 Defect Prevention Quality Tools to Support APQP & PPAP Figure 21 indicates four to five people have the best effectiveness for a cross functional team.

In the aerospace industry, there is the mantra: “Do what you say, say what you do.” Procedures will say what operations need to be performed, while the team will do the actual work to accomplish the necessary tasks to make conforming parts. Often what happens is that a corrective action is implemented because something is being done that isn’t stated in a procedure. Or it states that something should be done but is not actually being performed. In describing the problem, it is important to be specific with the actual requirements.

Containment is critical, especially since AMS2750 makes clear the expectation of containment on a corrective action. This is where it is helpful to have items such as logbooks, trouble reports, and other data that ensures specific work orders that have been affected are OK. Sometimes in heat treat, the containment action is simply a review of a potentially failed TUS on past orders from the last successful due date. What is good about knowing the importance of corrective actions is that in the design of the process, measures can be put in place. E.g., Instrumentation Type B requires a workload thermocouple and aerospace requirements for heat treat often require these workload thermocouples placed in the cold and hot zone of the furnace. Even with a failed TUS, review of orders with successful run charts of the hot and cold thermocouples within temperature tolerance along with metallurgical testing, can be deemed successful while necessary furnace repairs are made to get the furnace back to working condition.

From the root cause, the corrective action resolves the root cause. If the “5-Why” approach is used, the last “why” should correspond to the specific corrective action. E.g., Why – Calibration requirements were not flowed properly to the contractor. Corrective Action: Develop purchase specification to attach automatically with PO on those gauge types for future orders.

In this step, it is important to verify the corrective action to properly identify affected parts of the process and to even determine if other areas could be potentially impacted from such a similar corrective action. This is also an opportunity for reflecting on the lessons learned. Who wants to make the same mistake twice in a different area?

Companies sometimes experience droughts of positive affirmations to their team. Becoming complacent to what made them successful. It is important to recognize the work each team player makes to the company’s overall success.

In following up on the entire corrective action, it is beneficial to follow up months down the road to see if the process changes were indeed effective. Setting calendar reminders with questions for follow-up is a good way to objectively show the proper effectiveness review.

Even though corrective actions point out areas of improvement and mistakes in a process, they are also opportunities for the team to gather, collectively design a better process, and celebrate the forever process of continual improvement. Companies should embrace corrective actions not as tallies against their work performance, but rather opportunities to document and improve upon the process.