The rule of thumb “one gallon of oil to one pound of parts and fixtures” has been in the literature for a long time. The earliest reference I have been able to find is Derby [1] from 1921. In this paper, it described general practice as “one gallon of oil for every pound quenched per hour.”

The temperature rise in an uncooled tank can be calculated from the basic equation:

Typical values for specific heat (Cp) at 20°C are as follows:

Using the rule of thumb “one gallon of oil to one pound of parts and fixtures” will produce about a 38°C (70°F) temperature rise under nominal conditions. Rearranging the above equation to obtain the temperature rise of a quenchant:

While the use of the fixed ratio of weight of parts of “1 pound of parts to 1 gallon of quenchant” has been disputed [2], the use of the general guideline is conservative for good reason. While an increased temperature rise for oil quenchants may not influence metallurgical properties (especially for higher hardenability alloys), it can affect operation of the system.

However, increasing the part/volume ratio, increases the peak temperature of the oil. While this may allow an increase in production load sizes, it also increases the risk of fire. While the criteria of NFPA 86 [3] establishes a maximum temperature rise, based on the quenchant flashpoint, it does not provide for any additional safety factor for partially submerged (hung) loads. Further, smaller parts give up heat more rapidly than larger parts. The peak load temperature is achieved more quickly. An additional safety factor is needed. Typically, this safety factor for many specifications is an additional 28°C (50°F).

Lastly, besides the important safety reason, is to minimize oil oxidation. Since the kinetics of oil oxidation approximately double with each 10°C [4], it is very important to minimize the temperature rise. While the use of a larger temperature rise does not generally affect metallurgical properties, it does affect the life of the oil. Since increasing load sizes would result in an increase of the peak oil temperature, oxidation will increase, and the life of the oil would be reduced. It would require the oil to be replaced at a greater interval, costing the heat treater.

The original intent of the 1:1 rule of thumb was to provide a simple (and conservative) rule of thumb for quench tank designers and operators to prevent fires, and to make sure of adequate quenching capacity in the tank. It was not designed to establish quenchant volume for metallurgical properties.

Anecdotally, a customer had a series of large integral quench furnaces, each with a quench capacity of approximately 3,000 gallons. He was using a martempering oil (nominal flash point of 445°F) at quenchant temperature of 250°F and quenching 6,000-pound loads. The customer’s temperature rise during quenching was approximately 140°F, to approximately 390°F. Prior to increasing the load size, they were getting approximately three years (36 months) of life from their quench oil. After increasing the load size, the oil life decreased to 18-20 months, with increased staining from oil oxidation. They also experienced increased mechanical maintenance. While the customer was able to increase his throughput in his furnaces, they experienced increased cost due to increased cleaning and grit blasting toward the end of life for the quench oil. They also experienced increased furnace down time due to the increased loading to the quench elevator. Their oil budget doubled. The customer also experienced some rather close calls with fires due to heat exchanger pump failures and hung loads. I am not sure the increased production rate justified the increased cleaning, maintenance, and oil cost, as well as the increased fire risk.

In this column, I have tried to relate the issues with increasing the mass/quenchant ratio beyond the historically accepted “one gallon of oil to one pound of parts and fixtures.” While it is possible to increase the mass/quenchant ration beyond 1:1 ratio, it comes at a cost of shortened oil life, increased furnace maintenance, increased cleaning costs, and increased fire risk. A detailed cost-benefit analysis should be performed to understand all the ramifications of allowing the peak oil temperature during quenching to increase.

Should you have any questions regarding this column, or suggestions for additional columns, please contact the editor or myself. 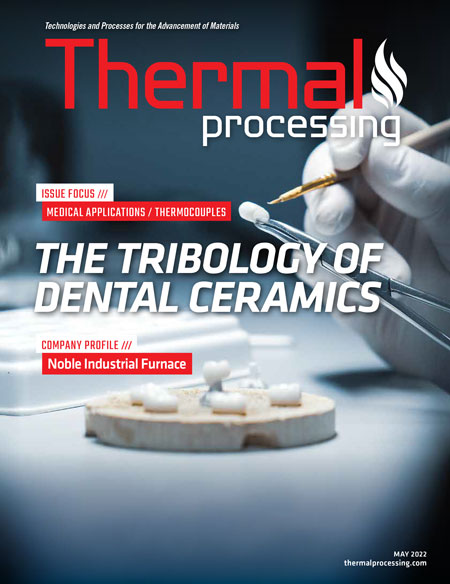