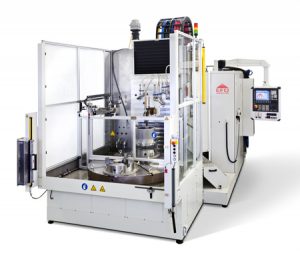 The second order is for two vertical scanner systems, a HardLine VS 300 for hardening sun gears and a HardLine VL 1000 for treating shafts.

HardLine is EFD Induction’s family of systems for surface and through-hardening with equipment available to handle everything from small gears with complex geometries up to the giant slewing rings used in modern wind turbines. The vertical scanners support a range of optional subsystems, including automated loading and unloading solutions, indexing tables with unlimited position control, double tailstocks and centers for the simultaneous hardening of two workpieces, and an HF/MF chuck connection for quick changeovers between high and medium frequencies. The hardening system can also be paired with an integrated or separate tempering station.

The Business Network for Offshore Wind’s Ventus Gala  brings together the global offshore wind community to celebrate our collective accomplishments as well as honor the leaders and innovators that inspire the industry with ingenuity and confidence. Join your peers and colleagues at the annual black-tie event, taking place November 17, 2022 in Washington, D.C., and enjoy an evening of coming together to share in the growth,  achievements, and excellence in our industry.