I think it is safe to assume that the majority of Thermal Processing readers have, in some capacity and at some point in their career, been exposed to Nadcap in either one or multiple commodities. Throughout my consulting career, I’ve had discussions regarding many aspects of the Nadcap organization as well as its process. These conversations can at times, turn negative. In this article I would like to present an argument in support of Nadcap.

Before explaining my argument, I feel it’s appropriate to give some background on Nadcap’s (formerly NADCAP) formation as well as its current mission.

It was identified in a conference in 1985 that redundant prime process audits conducted on process suppliers could be greatly reduced if they could find a way to consolidate the efforts. In 1990, SAE launches PRI as a separate nonprofit (501(c)(6) organization to govern Nadcap. In the beginning, Nadcap had conducted five NDT audits by the end of 1990. By 1994, Welding, Heat Treat, Materials Testing Laboratories, Chemical Processing, and Coatings were added as commodities. In 2002, Nadcap launched its business support software, eAuditNet. Now, Nadcap is spread through the Americas, Europe, and Asia and includes Transportation and Power Generation, Medical Devices, Nuclear (2011), as well as the institution of the MedAccred program (2014). Nadcap is based in Pittsburgh, Pennsylvania, but also has a European and Asia office as well. Alongside Nadcap, PRI has branched out in areas such as eQuaLified and eQuaLearn (I am a contracted Lead eQuaLearn Instructor). Nadcap has grown into an industry standard that, as far as I can see, isn’t going anywhere.

Arguments I hear against Nadcap are, as an example, “it is a monopoly.” I understand that the word “monopoly” is either associated with a competitive business monopolizing a market or simply the board game (maybe we’ll see a Nadcap version soon). It is true, PRI/Nadcap is a monopoly, but remember, the intention was to centralize requirements and accreditation to achieve consistency in processing and quality systems, not to create a new product for American consumption that will become competitive in the market. There is no other way to accomplish this aside from establishing a monopoly. This seems logical to me. It would be like having multiple direct managers. You would receive conflicting requirements from each manager, causing any meager amount of consistency to disappear, and in the end, it would detrimentally affect your performance. We need to achieve quality through consistency and centralized requirements. Nadcap has achieved that.

Another argument against Nadcap is that suppliers who are receiving their Nadcap accreditation for the first time are doomed to fail. An article written by Christopher Paris, published September 7, 2018, states:

“First, just get it into your head that no matter how bulletproof you think your special process is, and even after you’ve conducted the mandatory self-audit beforehand, the Nadcap auditor is going to fail you on the first try. It’s so prevalent, I am convinced it’s hard-baked into some internal PRI procedure. The auditor will always find something wrong that requires a 1-day follow up audit. Just be prepared for that, check your ego, and let them do it. Consider it a cost of doing business, and it won’t be that expensive anyway. But you are not going to pass your audit on the first try. Consultants who tell you otherwise either don’t have actual experience in this, or are just lying.” [1] 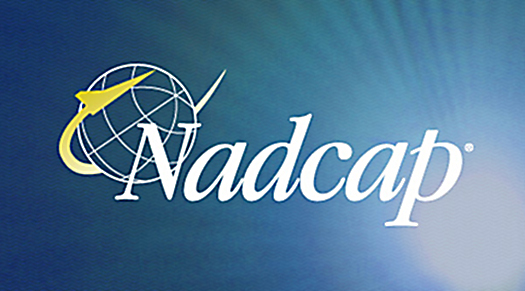 I realize this may seem as though it is an extreme example, but in conversations I have in which the other person is speaking negatively, this idea comes up often. Nadcap’s operating procedures are public. Any Nadcap approved supplier or even someone who has gained access to eAudit.net and is not a supplier (yes, you can do this) can easily read the Nadcap operating procedures as they apply to both PRI staff and Nadcap auditors. In no procedure does it give a fail-first mandate to auditors. Even if there was a secret mandate that was unwritten, for the sake of the auditor’s reputation and integrity, I don’t know a single auditor who would follow such a secret mandate.

On another note, stating that you will, no matter how well you prepare, fail your first audit is just not the case. I have worked with countless potential suppliers, both commercial and captive (in-house) processors, who have gained Nadcap accreditation on the first try (even in heat treat). Of course, I am sure there are some who are simply not well prepared, but this should not be seen as a reflection of Nadcap or PRI; this is due to the potential supplier not being prepared in one way or another.

This same theory can translate to the notion that, no matter how well you prepare, you will receive a finding because the auditor “has to find something.” Again, this is not the case. I’ve been through audits and received zero findings (again, yes, in heat treat). The irony behind this is that, a year later when performing an internal audit, I found two items that were missed that would have constituted two minor findings on the initial audit. Auditors are humans, too.

PRI and Nadcap, as well as the eQuaLearn team, have designed systems which allow both primes and suppliers to have input on the checklist requirements as well as handbooks. When I try and imagine performing this task, I can’t see any easy route. Organizing prime requirements and industry standard requirements all the while filtering “experts’” opinions out of the mix … it must have been a task that seemed to have no light at the end of the tunnel.

If you have ever been to the annual PA Nadcap conference you will gain, at the very least, a small amount of respect for how PRI governs the Nadcap program. Anyone in the room has an opportunity to voice their concerns and questions and they are addressed, if not immediately in that setting, they are documented and addressed at a later time. PRI staff engineers are also available via email to answer questions, which they do often. Their emails can be found on the contacts tab at the top right-hand side of the eaudit.net page.

PRI manages a monster that is ever-changing and growing. This is a tough task. It’s very easy to voice armchair opinions, but ask yourself this: Is it PRI that does not govern Nadcap well, or is it suppliers who are simply not prepared for their audits? PRI may have areas they could improve on, but all organizations do. Areas where suppliers feel PRI could improve should be voiced in the annual meeting.

I commend PRI for its governance of Nadcap. The institution of eQuaLearn is also a step forward as you can enroll in courses, sponsored by PRI, with content that is reviewed by PRI staff engineers; I can’t think of anything further PRI could have done to help suppliers navigate the gauntlet.

The paradox of work and happiness 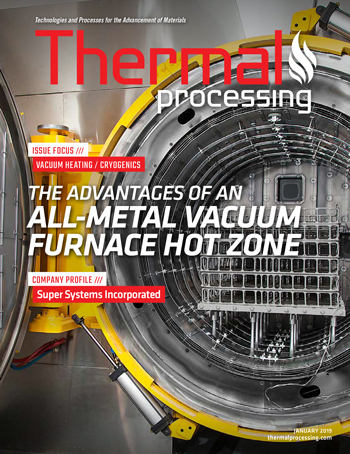