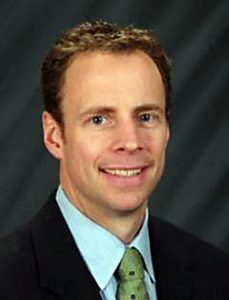 In general, nitriding of parts involves a thermal process that provides a tough, corrosion-resistant, and wear-resistant surface with less distortion compared to other case hardening processes due to processing temperature and no need for quenching. There are different methods of nitriding, including gas nitriding, plasma/ion nitriding, and salt-bath nitriding. This article focuses on gas nitriding.

When nitriding gears, it is common to see requirements that specify no white layer for the finished part. The white layer, also known as the compound layer, is a hard, brittle layer that is formed during nitriding but can be reduced or virtually removed through process control. Although the white layer can be machined off, the typical goal would be to reduce or even eliminate the post-nitride machining. This can be accomplished due to the fact that the part’s dimensional integrity remains uncompromised from distortion through lower processing temperatures and lack of a quench.

For gas nitriding, the process variables are time, temperature, and atmosphere. Processing temperature for nitriding will most often be between 975°F and 1050°F (524°C and 566°C), but it can be as low as 650°F (343°C) for certain applications. The parts will be exposed to a non-oxygen-bearing, nitrogen-rich atmosphere typically produced by a mixture of nitrogen, ammonia, and dissociated ammonia. The furnace atmosphere will be continuously replenished with an atmosphere that provides a potential of nitrogen to diffuse into the steel and form nitrides.

In order to meet specifications for nitriding, a common control variable used to measure the amount of nitriding is KN (nitriding potential). KN is a derived measurement of an atmosphere’s potential to allow for the diffusion of nitrogen into a material — specifically, iron, in this case.

KN is mathematically defined in Equation 1:

Many specifications require tight tolerances on the amount of white layer on the surface, which requires a control system to monitor the furnace atmosphere and control the potential of nitrogen that is available to react at the surface of the part. To perform continuous closed-loop control, there must be a method of measurement for the atmosphere. In the past, the measurement was discontinuous using a water burette that would provide furnace operators with a method of measuring the percentage of residual ammonia in the atmosphere. If the residual ammonia is available, the percentage of dissociated ammonia (% DA) can be determined and then analyzed to adjust the flow rates of the process gas.

To control the gases introduced to the furnace, today’s automated controls use feedback from the atmosphere being measured. For gas nitriding, process variables used in this thermochemical treatment are represented by nitrogen, dissociated ammonia (bottled or from a dissociated ammonia generator), and ammonia. Continuous measurement of the exhaust gas using a hydrogen analyzer provides a method of closed-loop control by varying the process gases to meet a desired control variable setpoint.

In this case, atmosphere control variables are KN/DA and gas flows, which will facilitate delivery of nitrogen to the processed part. The measurement of hydrogen in the exhaust provides enough data to calculate DA or KN. When ammonia breaks down to one-part nitrogen and three-parts hydrogen, the hydrogen can be measured to determine the percentage of uncracked ammonia in the atmosphere. For example, if we measure 30-percent hydrogen in the exhausted atmosphere, that would leave us with 10-percent nitrogen, meaning that 40-percent of the atmosphere is dissociated ammonia. Our residual 60-percent would be represented by ammonia. The assumption would be that only DA gas and ammonia were used as supply gases. If the atmosphere is using N2 for blending, the volume of gas flowing into the retort of the furnace will be used in our calculation. By understanding the amount of ammonia dissociated in the exhaust gas, the nitrogen activity on the surface can be deduced. The greater the flow of ammonia, the greater the amount of ammonia measured in the exhaust and the more ammonia to which the parts are exposed. The higher the amount of ammonia is present, the lower the amount of dissociation (DA), and the greater the activity of nitrogen on the surface. Too much ammonia could lead to a significant compound layer, nitride networking, and a brittle surface.

Two-stage nitriding processes are used to create proper surface and case conditions. Similar to a carburizing boost and diffuse method, two-stage nitriding utilizes a nitrogen-rich atmosphere for the buildup of nitrogen concentration in the steel (a.k.a. the first stage) and a reduced nitrogen atmosphere to allow for diffusion of the nitrogen into the steel (a.k.a. the second stage). This method is most commonly used with controlling the white layer thickness. The atmosphere can be controlled to eliminate the white layer or at least reduce it to less than 0.007 mm (0.0003″) for minimal post-nitride machining/grinding. Although beneficial for some applications, the white layer may not be desired in the process based on manufacturing steps and performance requirements for the finished goods.