St. Louis, Missouri-based Paulo Products Company observes its 75th year in business as a thermal processor of critical components used in a wide array of industries
The company was founded in 1943 in St. Louis by husband and wife Ben and Pauline Rassieur. The two had previously worked for Central Mine Equipment Company. Pauline, after whom Paulo is named, was one of the ﬁrst women to earn an engineering degree from the University of Missouri.

Paulo Products Company was originally conceived as a manufacturer. Heat treatment was intended as a secondary business that would pay the bills while the ﬁrm’s product manufacturing operations were developed. Paulo did manufacture some products in the early days, but helping customers succeed by offering thermal-processing solutions is where the company excelled.

“I think that most people are surprised, maybe even shocked, to know that my grandfather and grandmother would have given up everything that they had done professionally to start a heat-treat shop,” company President Ben Rassieur III said.

“I think if you look back to the very beginning of Paulo, people would be astounded to see where we are right now,” said Executive Vice President Terry Rassieur.

The Rassieur family’s commitment to innovation and customer service has spurred a rich tradition of developing unique treatments and building custom equipment that allows customers in key industrial sectors to take their components to new heights.

The spirit of innovation also led the company to be the ﬁrst of its kind to adopt computers for ordering and invoicing in 1966. And in 1996, Paulo unveiled PICS, the Product Information and Customer Service system.

Today, some of the biggest names in aerospace, automotive, power generation and other key sectors rely on Paulo to provide advanced heat treatment for their critical components. That reliance has fueled the next stage of Paulo’s growth as the company’s ﬁrst international division in Monterrey, Mexico is now online.

“I envision Paulo in the future to be not just one of the largest commercial heat treaters in the Midwest, but I see us having more of a global footprint,” said Emily Rassieur, an HR Management Associate and part of the fourth generation of Rassieur family leadership. “We’ve already taken steps in that direction by opening the plant in Mexico. We’ll have new opportunities in places outside of the U.S. to make an impact and have a presence.”

The Rassieur family credits the company’s success to the employees whose hard work made it possible. “Without our people, we’re nothing. They bring so much to the table,” said Emily Rassieur.

WindEnergy Hamburg is wholly tailored toward addressing the major issues facing the international wind energy sector. It brings together a high-caliber, professional audience and 1,400 exhibitors demonstrating their innovations and

WindEnergy Hamburg is wholly tailored toward addressing the major issues facing the international wind energy sector. It brings together a high-caliber, professional audience and 1,400 exhibitors demonstrating their innovations and solutions from across the entire value chain of the industry. Key players will be in the spotlight in every hall.

Tap into the power of Canada’s leading renewable energy and storage industry conference and exhibition. Wind energy and solar energy are the least expensive forms of new energy generation, and

Tap into the power of Canada’s leading renewable energy and storage industry conference and exhibition.

Wind energy and solar energy are the least expensive forms of new energy generation, and we’ve barely scratched the surface of their potential. The future is clean, reliable and sustainable. But no single technology can meet all the demand on its own.

Hybrid projects that leverage wind energy and solar energy are the best and most cost-effective solutions.

Tap into the power of Canadian renewable energy and storage at Electricity Transformation Canada for a bright today and a brighter tomorrow.

Tap into the power of Canada’s leading renewable energy and storage industry conference and exhibition. Connect face-to-face with CanREA and its members for the first time at this landmark

Tap into the power of Canada’s leading renewable energy and storage industry conference and exhibition. Connect face-to-face with CanREA and its members for the first time at this landmark event.

At Electricity Transformation Canada, we understand how frustrating it is to have the solutions but not have the opportunity to act on them.

That’s why we’re bringing together all the key players from wind energy, solar energy, energy storage, complementary technologies and other stakeholders to network and collaborate at Canada’s largest renewable energy and storage industry conference and exhibition. 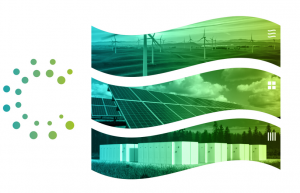 The Business Network for Offshore Wind’s Ventus Gala  brings together the global offshore wind community to celebrate our collective accomplishments as well as honor the leaders and innovators that inspire the industry with ingenuity and confidence. Join your peers and colleagues at the annual black-tie event, taking place November 17, 2022 in Washington, D.C., and enjoy an evening of coming together to share in the growth,  achievements, and excellence in our industry.