Since 1977, Conrad Kacsik Instrument Systems, Inc. has delivered products and services to meet the latest compliance requirements of industry leaders in temperature measurement, combustion, data acquisition, controls technology, and all types of instrumentation.

When Hurricane Florence threatened the Southeast recently, a customer of Conrad Kacsik’s in Alabama, Star Aviation, was in dire need of one of its furnaces to pass a uniformity survey for an upcoming supplier audit it was facing.

Instead of waiting out the storm, two of Conrad Kacsik’s engineers tag-teamed a 12-hour drive in the inclement weather in order to correct the problem, which made Star Aviation extremely happy.

That’s just a tiny example of how Conrad Kacsik goes that extra mile to take care of its customers.

“We really do pride ourselves on doing whatever it takes to make sure the job is done right and that the customer is completely satisfied,” said Christopher Miller, owner and CEO of Conrad Kacsik Instrument Systems Inc.

Conrad Kacsik covers a myriad of applications in the pyrometry services field, including providing instrumentation service and designing, engineering and installing supervisory control, data acquisition, combustion/flame safety, and instrumentation systems. The company can also precisely perform a wide range of engineering services and help with compliance with stringent industry standards, such as AMS2750, Nadcap, CQI-9, and CFR-21.

The company is also a leading Watlow distributor, but also carries products from other respected manufacturers including Honeywell, Eclipse, and Yokogawa.

“Obviously, we’re in a very niche industry, being in the pyrometry services field,” Miller said. “We publicize that we are the largest company out there doing what we do. We have 35 employees. We cover the entire continental United States. We also do work in Mexico and Canada. But we’ve made a conscious choice that we have more work than we can handle here in America, so we haven’t aggressively pursued overseas expansion. Ironically, we do have a guy over in Malaysia right now and then he’s going to Guam after that. He’s part of our engineering division, and he’s doing a startup of a new furnace system over there. That is more the exception than the norm. But it underscores our philosophy of doing whatever it takes to satisfy our customers.”

Miller said he has based his company on five foundational pillars. The first is the instrumentation/pyrometry services.

“That’s the calibration, the uniformity surveys, the system accuracy tests on industrial furnaces, ovens, and thermal processing equipment,” he said. “And then we have the engineering division, which is comprised of five guys, and what these guys can do is complete control system upgrades, data acquisition systems, and retrofits.”

The final pillars are made up of our product distribution group, our metrology lab, and our consulting division, according to Miller.

“Each one of our pillars can be interrelated,” he said. “For example, we got called into the technical operations center of one of the major airlines to help them with a furnace that they could not get to pass a temperature uniformity survey. We went in helping them with that process. And then it turned out that they needed control system upgrades on a number of the furnaces, which would enable the furnaces to operate more accurately. So, what started out as a routine service call from one of our regular field service technicians ended up bringing in the engineering division who designed and installed new computerized control systems on multiple furnaces for them. That happens quite a bit.”

And sometimes, the inverse occurs, according to Miller.

“We just picked up a customer in Detroit, where they had a couple of vacuum furnaces that we installed new control systems for,” he said. “And once they were complete, they asked if we did uniformity surveys and instrument calibration and vacuum calibration. And we said, ‘well, as a matter of fact, we do.’ So that was where the engineering division got new business for the service division.”

“If a customer has a controller or a recorder go bad, we stock, supply, and install those devices for them,” Miller said. “Plus, we sell thermocouples, thermocouple wire, and other consumable products, which are used extensively in the thermal processing field.”

A customer service department, metrology laboratory, and consulting division round out Conrad Kacsik’s offerings to the heat-treat industry, according to Miller.

“We have a customer service department that’s here all day, every day, in our home office in Solon, Ohio, to process orders or make recommendations,” he said. “We also have a metrology laboratory that calibrates all our field test equipment that our guys use in the field, plus they also calibrate instrumentation and equipment for our customers. One of our specialties is infrared temperature sensors.”

“A lot of customers will send them in, or we’ll go onsite and actually calibrate those sensors for our customers,” Miller said. “That’s a smaller segment of the business, but it’s a segment that not many of our competitors have.”

Miller said aerospace is an industry that drives a large part of his company’s business.
“Our customers that are doing aerospace work have to comply with the Aerospace Material Specification — AMS 2750,” he said. “Additionally, many of our customers choose to become Nadcap (National Aerospace and Defense Contractors Accreditation Program) accredited. We have a special process consulting division that assists our customers or companies who want to become Nadcap accredited or comply with AMS2750 to meet those specifications. And we’ll do everything from assessing their operations to see if they would be compliant to helping them draft their procedures so that they are compliant. We’ll do pre-audits for them as well as assist them with the audit facilitation and help them with their corrective actions after they go through the audit. This division really differentiates us from our competitors. Our team knows how to spot improvement opportunities, and we’re experts in lean manufacturing and process improvements.”

The multitude of services that Conrad Kacsik offers helps raise the bar when it comes to solving problems for its customer base.

“Typically, we listen to what the problem is and try to develop a solution based on what the customer is telling us,” Miller said.

An airline customer is a perfect example, according to Miller.

“They had an oven that they needed to be plus-or-minus 10 degrees of uniformity, and they couldn’t get that to occur,” he said. “Now that’s a little tight, I have to admit, but certainly attainable. One of our service technicians from our Southeast Division rode over and began working on the oven. He called up to Cleveland for some guidance, and another technician flew down to provide assistance. After some troubleshooting, they were able to identify and solve the problems that were preventing the oven from passing and got the oven to achieve the level of uniformity required by the customer.”

While Miller’s employees were still on site, they were approached by the airline’s maintenance department about upgrading the legacy control systems on other furnaces within the facility.

“What we were able to do then was bring in the engineering division out of Cleveland to do an assessment of the facility,” he said. “We developed a game-plan, and obviously, they had enough furnaces where we came up with a supervisory control and data acquisition system for the department. The project was integrated in phases over two years. It features a centralized control station utilizing HMI (human machine interface) software that resides in the department manager’s office. The system allows direct control of nine furnaces. It also provides them with recipe management, batching, time stamping, and operator signature capabilities. The system communicates to the plant network via an Ethernet connection and provides the data acquisition and record keeping required to meet their specifications. The system is logging all the data as well as giving real time representation of what’s going on in the furnace.”

Another example shows the inverse of that situation, according to Miller.

“We have a customer in Oklahoma that provides an example of the opposite side of the equation,” he said. “They had some older style vacuum furnaces, and they wanted new control systems installed on the vacuum furnaces. They saw how impressive our system was, and what the operator interface looked like, and how it tied into the quality manager’s office, and then one thing led to another, and they said, ‘we’re not completely satisfied with our current pyrometry services provider, would you be able to help us?’ And we said we happen to have people in Tulsa right around the corner. We’ll come in and assess your equipment, provide you a quote, and if we’re competitive we hope you’ll go with us. And they did.”

Conrad Kacsik has been around since 1977, but Miller has been with the company since 1999 and actually bought the company from the founder, Jacob Kacsik, in late 2003.
“Obviously there’s a fair amount of name recognition within the industry since we’ve been around so long, so I’ve never considered changing the name,” Miller said.

Miller has helped Conrad Kacsik carve quite a niche out of the thermal-processing and heat-treat industries, and he expects that to continue into the future.

“When you read some of the latest information coming out from resources such as ASM, the American Society of Metals, there are technologies such as 3D printing and additive manufacturing that will eventually impact the industry,” he said.

Miller said he expects industry standards and specifications to grow tighter and stricter, and he sees more industry oversight programs such as MedAccred, which is a program affecting producers of medical devices, to also become more prevalent.

“Things have become more and more specialized,” he said. “As aerospace, automotive, medical, and pharmaceutical specifications have gotten stricter, it’s really bolstered our business. Many companies do not have the time, the resources, or the staff on hand to fully comprehend and comply with these standards. We provide value by being experts in these industry specifications.” 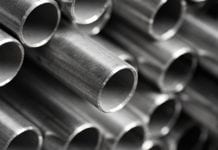 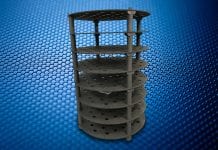 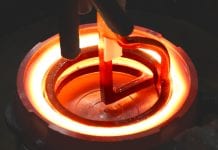 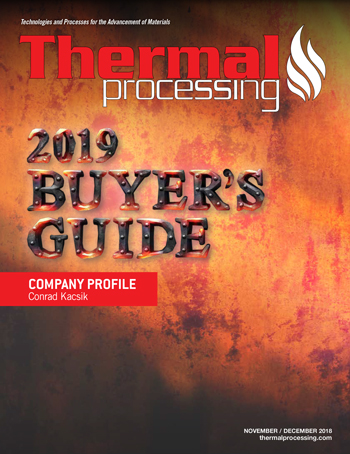